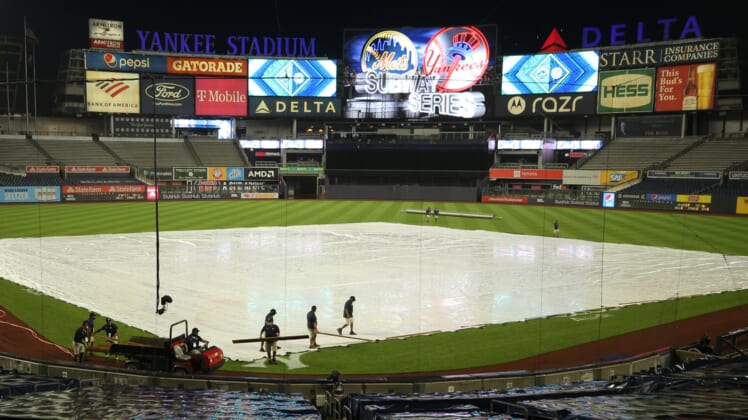 The visiting Texas Rangers and New York Yankees were rained out for the second straight day on Saturday.

The game will be made up Monday afternoon with a single-admission doubleheader starting at 1:05 p.m. ET.

Friday’s scheduled series opener was one of six postponements in baseball, the most in one day since April 15, 2018.

That game will be made up in a single-admission doubleheader Sunday at Yankee Stadium, starting at 1:35 p.m. ET.

Both teams have been off since Wednesday.

The Yankees won 11 straight before a 2-1 loss in Toronto on Wednesday. Texas is on a four-game winning streak following a two-game sweep in Philadelphia.