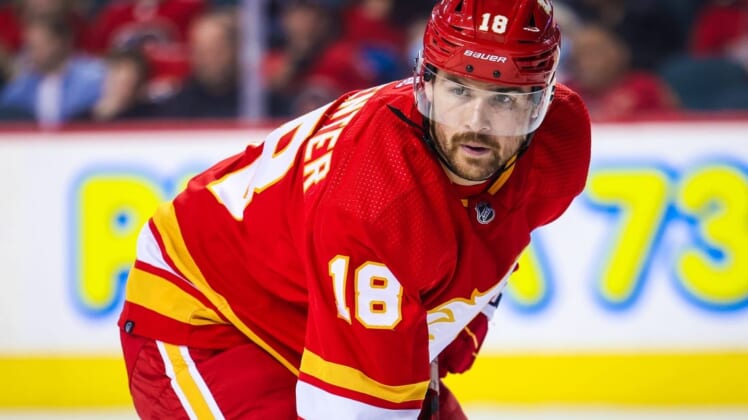 The New York Rangers and forward Ryan Carpenter agreed on a one-year contract on Thursday.

Financial terms were not announced but Cap Friendly reported the deal was for $750,000.

Carpenter played 59 games last season for the Chicago Blackhawks before a March 21 trade to the Calgary Flames, where he played eight games. On the season, the 31-year-old Carpenter tallied 12 points (three goals, nine assists) and 36 penalty minutes.

A free agent signee by San Jose in 2014, Carpenter also has played for the Sharks and Vegas Golden Knights. He has 69 points (26 goals, 43 assists) in 308 career games. He also has 106 penalty minutes and four game-winning goals.

The Rangers were active Wednesday on the opening day of NHL free agency. Their moves included agreeing to a seven-year deal with forward Vincent Trocheck and signing goaltenders Louis Domingue to a two-year contract and Jaroslav Halak to a one-year deal.