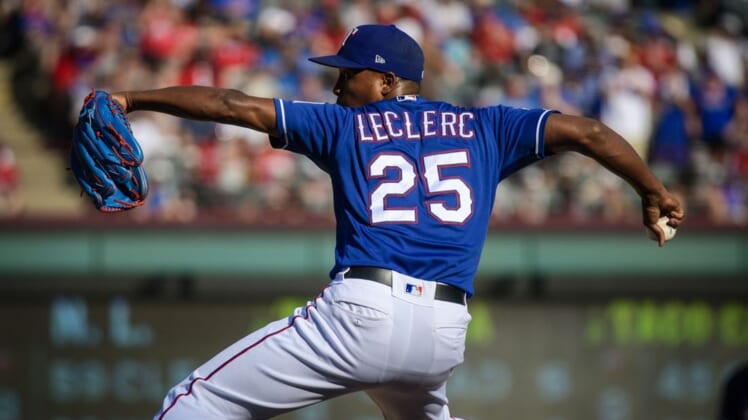 The Texas Rangers made a trio of additions Thursday, activating right-hander Jose Leclerc from the 60-day injured list, while left-hander Brett Martin and outfielder Steele Walker were welcomed back from the COVID-19 list.

Walker, 25, made his major league debut June 5 and had one hit in his first 14 at-bats. After being activated on Thursday, he was immediately optioned to Triple-A Round Rock, along with left-hander Kolby Allard, who was 0-2 with a 5.06 ERA in seven appearances this season.