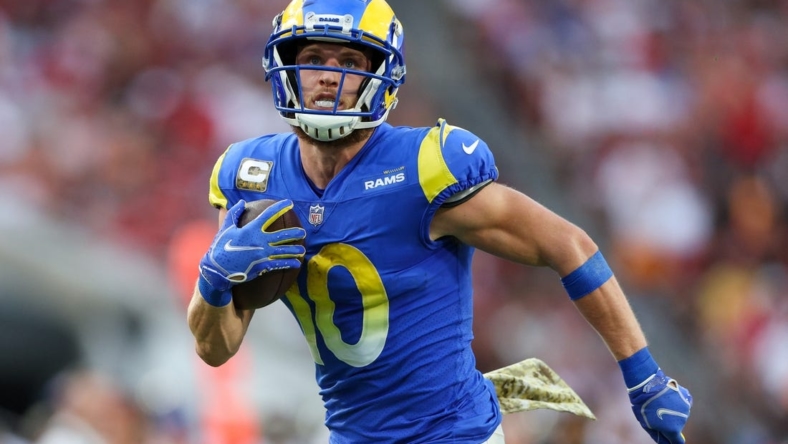 Coach Sean McVay confirmed Tuesday that Kupp has a high-ankle sprain and will undergo a procedure known as “tightrope” surgery.

The team planned to place Kupp on injured reserve, meaning he will miss a minimum of four games.

McVay did not rule Kupp out for the season.

The Rams (3-6) have lost three straight and five of their last six. The defending champions are in last place in the NFC West.

Kupp, 29, has 75 receptions for 812 yards and six touchdowns in nine games this season.

He departed Sunday’s 27-17 loss to the Arizona Cardinals early in the fourth quarter.

Kupp jumped in the air near the sideline in an attempt to grab an off-target pass from backup quarterback John Wolford and came to the ground, where Cardinals cornerback Marco Wilson rolled over his leg.