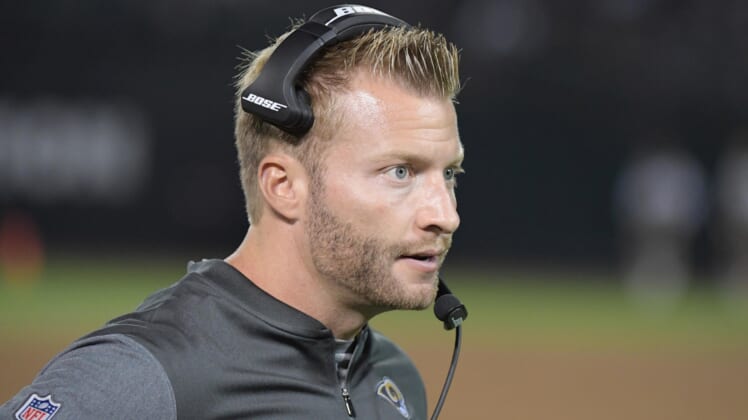 The Cleveland Browns fired Hue Jackson on Monday. In a genuine head-turner, the odds makers expect that Sean McVay will be the team’s next full-time head coach.

Who will be the Cleveland Browns next full time Head Coach? (@betonline_ag):

McVay does have ties to Ohio. He was born in Dayton and went to Miami (Ohio) University. But other than that, his inclusion on this list (certainly as the favorite) is absolutely stunning.

From a practical point of view, the Los Angeles Rams would need to grant permission for Cleveland to even talk to McVay. Given how good the Rams are, it’s hard to imagine that happening.

Additionally, other than his Ohio ties, McVay has no apparent connection to the Cleveland organization.

Finally, the Rams are a team that can win the Super Bowl not only this season, but for years to come. While the Browns do have a lot of unquestioned talent, they haven’t had as much as a winning season since going 10-6 in 2007. Would McVay really want to walk away from that? We could maybe see it when and if he wins a Super Bowl. Some coaches do love the thrill of a new challenge. But until then, this doesn’t add up.