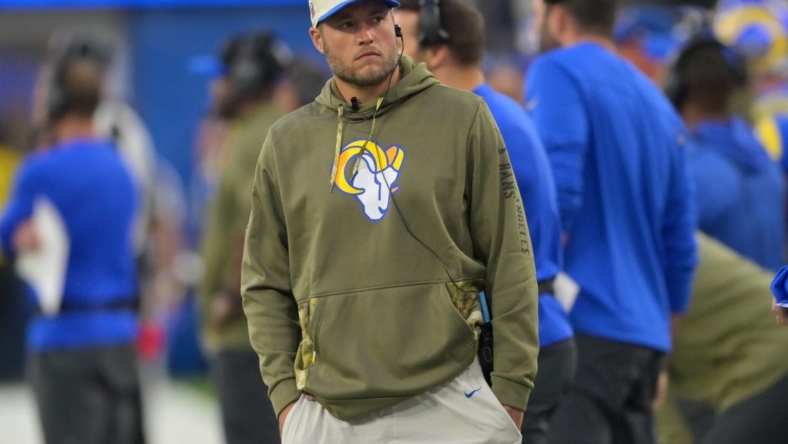 Matthew Stafford is back.

The Los Angeles Rams starting quarterback returned to practice as a full participant Wednesday after missing last week’s game with a concussion. He’s expected to start Sunday against the New Orleans Saints.

His return couldn’t come at a more crucial time. The Rams (3-6) are in last place in the NFC West and teetering on the brink of falling out of the playoff race before December. The Rams have lost three straight games, plus top wide receiver Cooper Kupp for at least four games with an ankle injury.

Kupp was placed on injured reserve Tuesday, needing stabilizing surgery on the high-ankle sprain he suffered in last week’s loss to the Arizona Cardinals.

Stafford was placed in NFL concussion protocol after the team’s loss to Tampa Bay in Week 9.

John Wolford started in place of Stafford against the Cardinals, throwing for 212 yards, with a touchdown and an interception.

Stafford has thrown for 1,928 yards and eight touchdowns against eight interceptions this season. He has been sacked 28 times, third most in the NFL, as the team has been forced to alter the look of the offensive line.

The Rams visit New Orleans (3-7) this Sunday when again the makeup of the front five protecting Stafford is in question. Los Angeles has started nine different combinations on the offensive line in nine games.