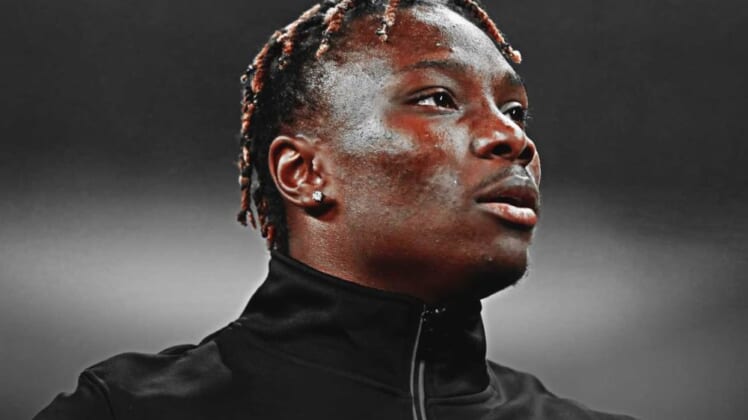 It didn’t take long for the Las Vegas Raiders to get moving on rookie contracts now that an agreement is in place for the NFL to return to the field. Henry Ruggs III reportedly has signed his rookie contract.

According to NFL Network’s Ian Rappaport, the Las Vegas Raiders have signed their first-ever first-round draft pick Henry Ruggs III to a four-year $16.67 million contract. The report says he’s expected to sign it later this week before the team begins camp at its new Henderson, NV training facility.

Ruggs was the 12th pick overall in the 2020 NFL Draft at a position of great need for Las Vegas. He’s expected to contribute immediately for a team that needed a boost at the position to generate more offense.

Often compared to Kansas City’s Tyreek Hill, Ruggs isn’t just a flash-in-the-pan speed demon. In his three seasons at Alabama, paired with his fellow first-round pick Jeudy, Ruggs compiled just 98 catches for 1,716 yards. Yet when he did catch the ball in college, more times than naught it resulted in a touchdown. In fact, every 4.1 receptions for Ruggs in 2019 resulted in a touchdown. On a team in need of a boost in scoring, Ruggs’ ability and propensity to score when he makes the catch are what matters.

Even though Henry Ruggs III and his speed tend to grab the headlines, his ability to run routes effectively, creates separation with his extra gear of speed, he keeps corners off balance giving him a distinct advantage every time he lines up.