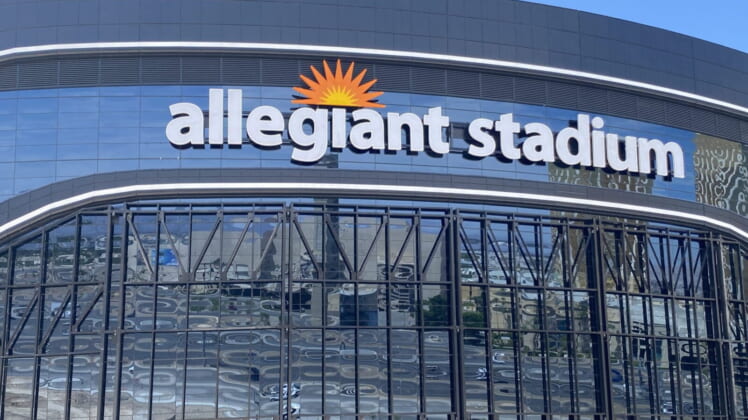 If the NFL season proceeds as planned, the Las Vegas Raiders preseason will end with two home games at the newly constructed Allegiant Stadium ushering in a new era for the franchise.

We now know when the Las Vegas Raiders will open up play in their new $1.9 billion Allegiant Stadium.

The Raiders preseason slate was released today and shows they will play their first-ever game as a Las Vegas franchise on August 27th when they host the NFC West’s Arizona Cardinals. A game time has not be released but most of the Raiders preseason games have been in the evening in previous years.

The Raiders preseason closes out at Allegiant Stadium against the Los Angeles Rams on Thursday, September 3rd.

The Allegiant Stadium natural surface was laid down this week on the moveable field tray which will remain outside to allow the turf to grow in the Las Vegas sun. The tray will be moved inside for Raiders game day and then retracted on non-game days. The UNLV football program, who will be a tenant in the new stadium, will play exclusively on an artificial field turf surface.

Tickets for the Raiders regular-season games, which begin on September 21st against the New Orleans Saints, are currently the highest-priced tickets on the secondary market fetching over $1,000 for an upper-level seat.

Once the Raiders preseason wraps up, the team opens up the 2020 regular season on the road facing the Carolina Panthers in Charlotte.