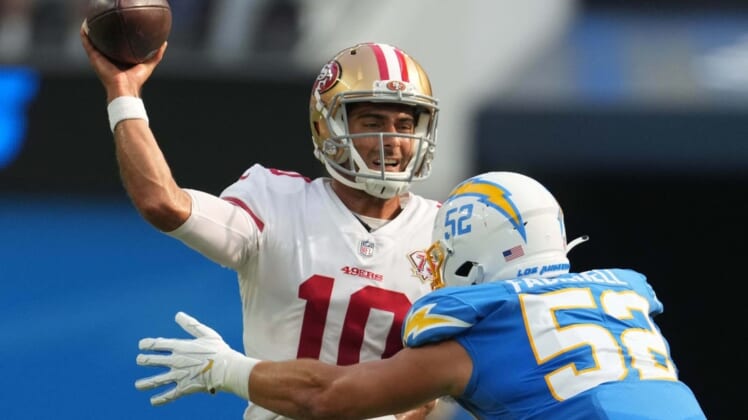 The Raiders didn’t reveal what type of injury Fackrell suffered. Regardless, he won’t be eligible to play for the Raiders this season because he was placed on injured reserve prior to the first round of preseason cuts.

Las Vegas signed Fackrell as a free agent in March. He played 13 games (one start) for the Los Angeles Chargers last season and had 17 tackles and three sacks.

Walter, 25, played in four games for the New York Jets last season and rushed for 101 yards and one touchdown on 26 carries. He also caught two passes for nine yards.

In nine NFL games with the New York Giants (2019), San Francisco 49ers (2020) and Jets, Austin has 104 yards and one score on 27 carries and three receptions for 36 yards. He played college football at Rice.