Raiders Gruden on Maliek Collins: “He’s the key to our defense” 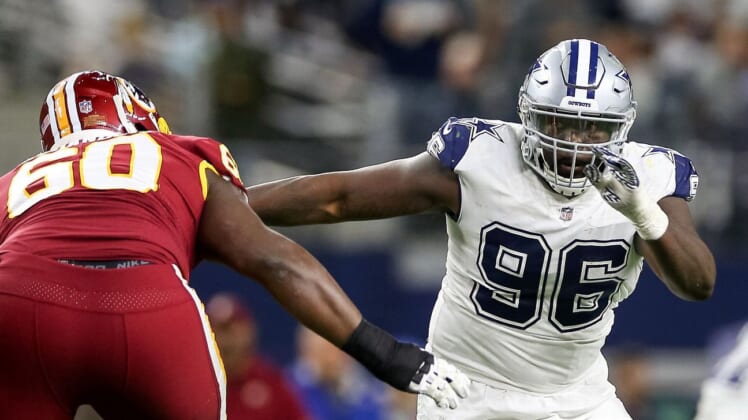 When asked about the Las Vegas Raiders additions on the defensive front, head coach Jon Gruden singled out Maliek Collins as the important piece upfront this coming season.

It wasn’t a surprise that former Dallas Cowboys defensive tackle Maliek Collins followed his former coach Rod Marinelli to the Las Vegas Raiders this offseason. The close relationship and an opportunity to shine with a new team in a new city were too much to pass up. Raiders coach Jon Gruden, meeting with the media today via Zoom, said, in fact, he believes Collins is the key to the Raiders defense upfront in 2020.

“I think I said it the last time we had a press thing here, he’s the key to our defense,” Gruden said. “He’s got a chance to be one of the better ones.”

Collins, who is playing on a one-year $6 million contract, is entering the prime of his career at just 25 and he racked up 48 quarterback pressures in 2019 – more than any Raiders player last year. He’s a keen pocket flusher helping create sacks for his teammates in the end and also is stout against the run. His presence inside alongside young players like Mo Hurst, should be instantly noticeable.

“Hankins is a guy no one’s talking about,” Gruden added when talking about his defensive front. “Jonathan Hankins has been a great player, he’s in good shape and has bought into the Marinelli factor.”

The motivation for Collins might be financial to a certain extent as he plays for his next contract, but his work ethic and talent could prove Gruden right about his importance as the Raiders embark on the 2020 campaign.

A better defensive front is crucial if the Raiders are to make a playoff push in 2020. The team was bolstered in the offseason but the signings of linebackers Cory Littleton and Nick Kwiatkoski.