Raiders Go Their Own Way 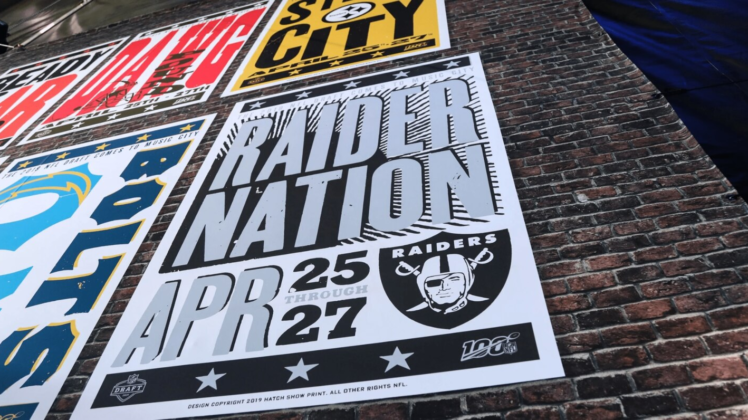 While my initial reaction was one of surprise with the picks Jon Gruden and Mike Mayock made in the NFL’s first round, the morning after it makes more sense.

No matter what the Raiders did in the first round of last night’s first round of the 2019 NFL Draft, there would be the usual naysayers and haters. Unless Gruden and Mayock drafted the players all us scribes and “experts” expected them to, it would be an abject failure – or so some assert.

When the Raiders drafted talented Clemson defensive end Clelin Ferrell with the No. 4 overall pick (with names like Josh Allen and Ed Oliver still on the board), even I was taken aback. I had slated Ferrell as a first-round selection but lower in the round past No. 15 to be certain. Yet, the brass in Alameda clearly had him tops (although they said Bosa was #1 and Ferrell #2) on the draft board. He was the player they wanted so they took him at No. 4 – the peanut gallery be damned.

Shortly after the draft ended, I was a guest on 610 Sports in Kansas City who asked me to summarize the Raiders draft picks. At the time, I gave it a C-. Not because I don’t believe the players they drafted are good and will contribute to make the team better, but because I thought they reached on two of the picks: Ferrell and running back Josh Jacobs.

After a few hours of sleep (literally two!), I’ve upgraded that to a B-. I let the initial shock get to me but the point here is these three players all fill needs the team has and I believe will contribute considerably right away.

Do I think they reached with both picks? Did they, to make an analogy, pay $50 for $40 picks? Absolutely. Yet they know what they wanted and clearly got it. Gruden and Mayock’s MO has been disruption. They, again, went away from conventional thinking and now are hearing they’re either brilliant or flunked their first big test together. Only time will be the true judge of that.

“Whether you want to admit it, or people like it or not, we’re building our team,” Gruden said. “We need building blocks. We have some in place, and we needed these three first-rounders to come in here and inherit that responsibility. That’s a tough job. This franchise is moving to Las Vegas. It’s very, very challenging. You’ve got to have a lot of maturity, and we wanted guys that weren’t only great football players and talents, but guys who could handle the circumstances of being frontline players, leaders, and also having a lot of maturity to handle the move of the franchise.”

An aside: both Gruden and Mayock referred to the “maturity” needed to join the Raiders as they move to Las Vegas. Apparently, they believe Las Vegas is truly Sodom or Gomorra. I was disappointed to hear this. I’ve spent significant time in many of America’s largest cities – including the Bay Area – and Las Vegas is no different. Gaming is legal everywhere (or it will be) so this narrative is disturbing and shows both coach and GM need to learn more about their future home. But I digress.

Again, I like all three players. In my own mock draft, I had the Raiders taking Jacobs at 27 – which I thought might be a reach but something that had a chance of happening. Yet they snagged him at 24 when there was zero chance of any team at No. 25 or No. 26 taking the Georgia ball carrier. And certainly, no one was trading up for him. He was the best back available in this draft but it was a very weak running back class. Why not wait until 27 and grab someone ahead of him?

It doesn’t matter now as both men claim they got exactly the three players they wanted. While some of us were initially confused and disappointed in the selections, after a few hours of shut-eye, and some more perspective, the Raiders went a long way to improving their team last night.