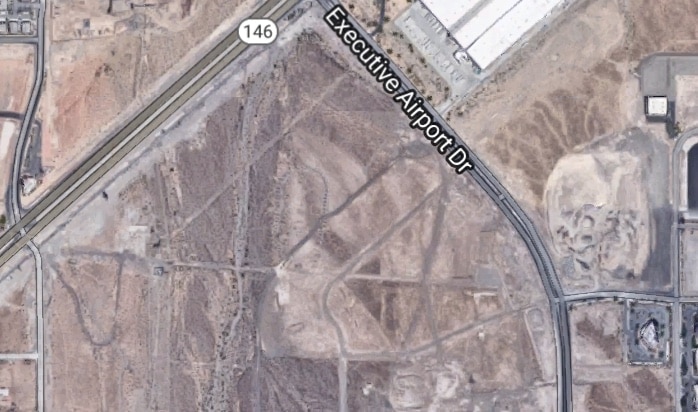 The City of Henderson has confirmed it is in discussions with the Oakland Raiders – soon Las Vegas Raiders – about building its headquarters and practice facility in the city.

Now that the Oakland Raiders have begun construction on their $1.92 Billion, 65,000-seat stadium, they’re also looking for a place to build their practice facility. And more and more, that place appears to be Henderson.

Rumors have been circulating for weeks about the possibility and just this week Michael Scott Davidson of the Las Vegas Review-Journal confirmed it’s in the works.

The City of Henderson has been in discussions with the Raiders organization and we would be proud to be home to the team’s practice facility. – Henderson Mayor Debra March

The property the Raiders are considering is a vacant 55-acre lot just west of the Henderson Executive Airport, according to Henderson Mayor Debra March. The city purchased the property at the southwest corner of St. Rose Parkway and Executive Airport Drive in early 2015. The deal was a land swap between the City of Henderson and Greystone Nevada LLC.

March, and the city issued a statement yesterday saying: “The City of Henderson has been in discussions with the Raiders organization and we would be proud to be home to the team’s practice facility. We see this potential partnership as a great opportunity to boost economic development in our community. This week’s groundbreaking for the future Raiders stadium in Las Vegas has shown the excitement for the Valley’s own NFL team and we are looking forward to their arrival in Southern Nevada,” said Mayor Debra March.

Sources have told the Las Vegas Raiders Report the team likes the site due to is proximity to the future stadium, airport, and the high-end Anthem residential development. The area is considered to be the future home to staff and players making the ability for them to live close to their daily “office.”

The Raiders declined official comment only saying they would make their plans known before the end of the year.

A satellite view of the site:

The site, located off St. Rose Parkway and Executive Airport Dr., is close to highway, stadium and residential access.

Read the statement from Mayor @debra_march on the City's discussions with the #NFL #raiders @RAIDERS on a potential future practice facility near Henderson Executive Airport: https://t.co/YIbLJsCi26 pic.twitter.com/36cB6osJ1T