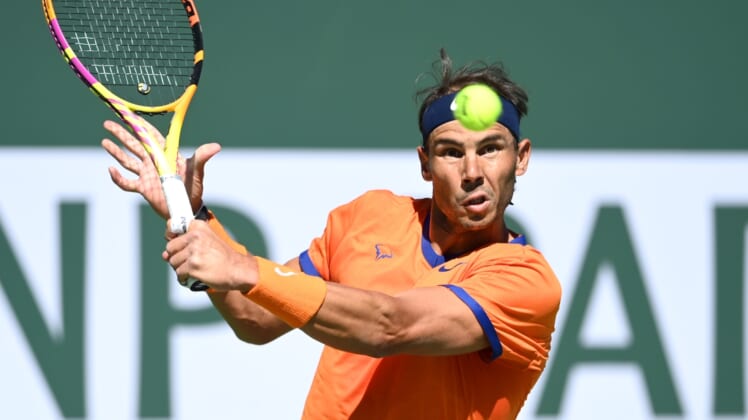 Rafael Nadal of Spain rallied from a double break in the third set and fended off two match points to defeat Sebastian Korda 6-2, 1-6, 7-6 (3) on Saturday at the BNP Paribas Open in Indian Wells, Calif.

The fourth-seeded Nadal was staring down a 5-2 Korda advantage in the final set before rallying in the two-hour, 29-minute second-round match.

“Good thing tomorrow is a day off. I need to keep practicing,” Nadal said.

Top-seeded Daniil Medvedev of Russia had a much easier time, dispatching qualifier Tomas Machac of the Czech Republic 6-3, 6-2.