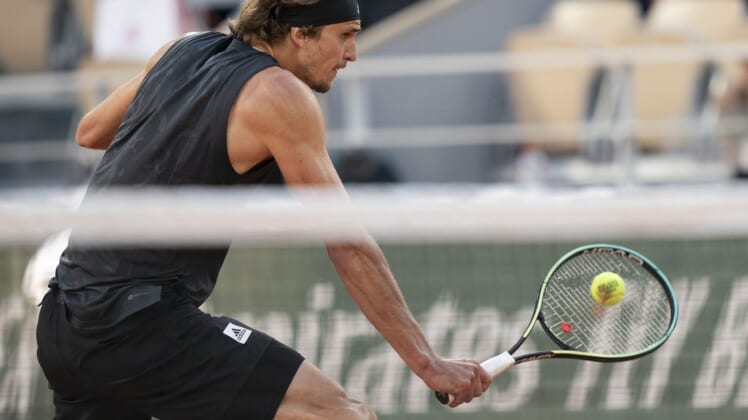 German Alexander Zverev rolled his ankle late in the second set and was forced to pull out of his semifinal match of the French Open against Rafael Nadal on Friday.

Zverev and Nadal were already just over three hours into the match, with Nadal up a set and serving at 6-6 in the second, Zverev chased a Nadal shot, moving to his right, and slipped on the clay courts at Roland Garros in Paris. He immediately fell to the ground and could be heard shouting in agony.

The world’s No. 3-ranked player, Zverev was taken off the court on a wheelchair. After an examination in the locker room, he returned to the court, his right shoe off and on crutches. With tears welling in his eyes, he shook the hand of the chair umpire, embraced Nadal and saluted the crowd.

Had Zverev, 25, gone on to win the French Open, he would have risen to No. 1 in the world. He is still seeking his first Grand Slam victory.

“Very sad for him honestly,” Nadal said in an on-court interview. “He was playing (an) unbelievable tournament. He’s a very good colleague on the tour. I know how much he’s fighting to win a Grand Slam, but for the moment, he was very unlucky. The only thing that I’m sure is he’d gonna win not one — much more than one — so I wish him all the very best and very fast.”

Nadal will meet the winner of the day’s second semifinal between Marin Cilic of Croatia, the 20th seed, and eighth-seeded Casper Ruud of Norway.

Nadal, who turned 36 on Friday, will be seeking his 14th French Open and 22nd overall Grand Slam title in Sunday’s final.