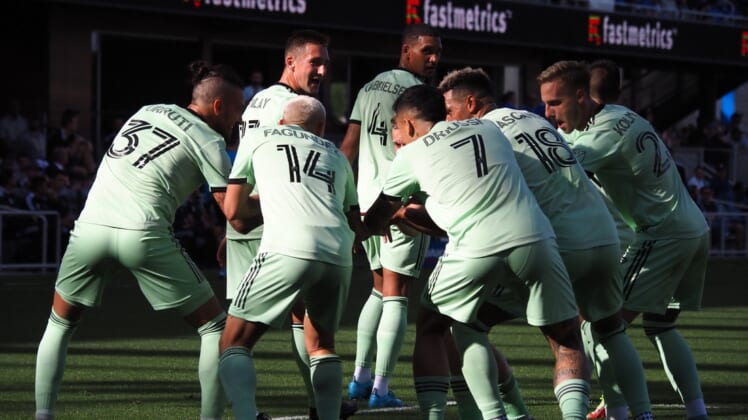 JT Marcinkowski had two saves for the Earthquakes (0-3-2, 2 points), who are still off to the worst five-game start in club history despite the point earned from the tie. The 2014 and 2019 San Jose teams had the previous low of three points through the first five games.

Maximiliano Urruti and Sebastian Driussi each scored goals as Austin FC earned a point on the road for the first time in 11 games. Their 10-game road losing streak included nine losses from last season and extended back to August. Their last victory on the road was in June of last season.

Brad Stuver made nine saves for Austin FC (2-1-2), who delivered as many goals Saturday as they did during their entire 10-game road losing streak. Austin FC lost 1-0 at Portland on March 12 in their only other road game this season.

Urruti gave Austin FC a 1-0 lead in the 11th minute, blasting a right-footed shot from well outside the penalty area after a pass from midfield by Julio Cascante.

Driussi made it 2-0 in the 52nd minute, converting from the penalty spot after Daniel Pereira was fouled by San Jose’s Jackson Yueill.

The Earthquakes’ rally started in the 70th minute when Ebobisse converted a rolling penalty kick after Ousseni Bouda was fouled in the penalty area. In the 72nd minute, Cowell evened the score 2-all when he found a loose ball at the edge of the 6-yard box following a San Jose corner kick and fired a shot past Stuver.

San Jose forward Javier “Chofis” Lopez, who led the team with 12 goals last season and has one goal in three games this season, missed his second consecutive contest with a thigh injury.