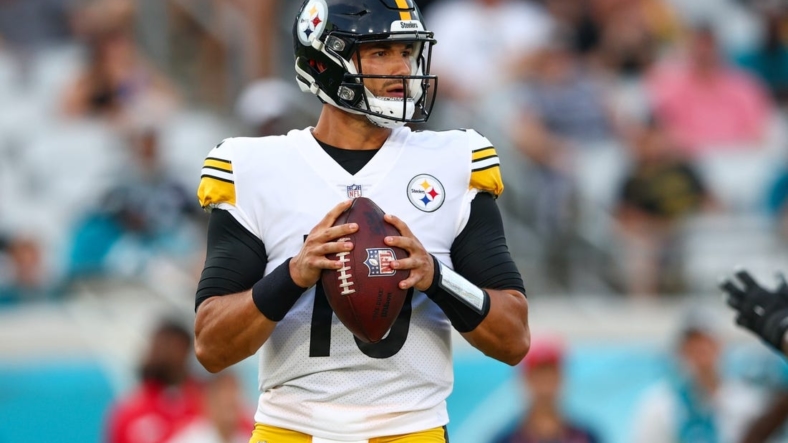 Trubisky, 28, has been the QB1 throughout the offseason, but Tomlin still has not designated a starter for the Sept. 11 season opener at Cincinnati.

Trubisky was a backup with the Buffalo Bills last season after compiling a 29-21 record with the Chicago Bears, who drafted him No. 2 overall in 2017.

Over the first two preseason games against Seattle and Jacksonville, Pickett, 24, completed a combined 19 of 22 passes for 171 yards, three touchdowns and no interceptions.

Backing up longtime starter Ben Roethlisberger, the 27-year-old Rudolph went 5-4-1 as a starter in the past three seasons with 16 touchdown passes and 11 interceptions.