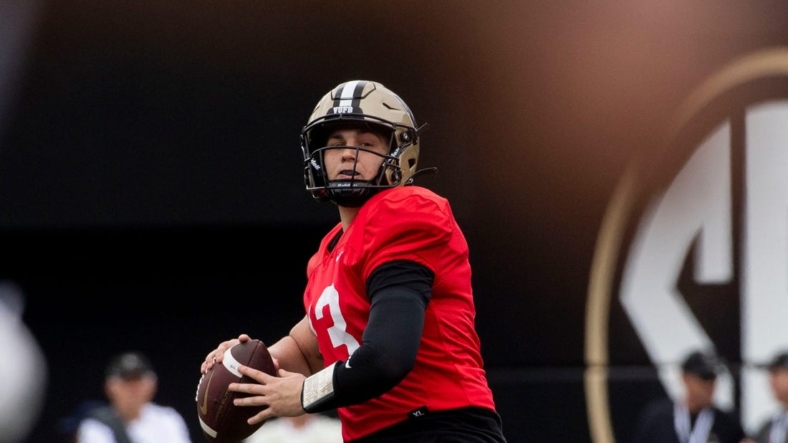 Mike Wright passed for two touchdowns and rushed for another two, and visiting Vanderbilt rode a 35-point third quarter to a 63-10 blowout of Hawaii in Saturday’s season opener for both teams in Honolulu.

Hawaii (0-1) drove 75 yards in eight plays on the game’s first drive, capped when Dedrick Parson rushed 37 yards for a touchdown. It was the only time the Rainbow Warriors reached the end zone.

Vanderbilt (1-0) needed just 15 seconds to change the complexion of the contest. Wright threw the first of his two touchdown passes to Will Sheppard, the 1-yard strike finishing a 90-yard drive with 36 seconds left in the first quarter.

Then, with 21 seconds remaining in the period, Anfernee Orji returned a fumble 28 yards for a touchdown that gave the Commodores the lead for good.

Matthew Shipley tacked on a Hawaii field goal in the second quarter that pulled the Rainbow Warriors to within 14-10.

Vanderbilt responded by scoring the next 49 points en route to the program’s highest-scoring game since 1969.

Wright concluded the scoring for the first half with a goal-line rush. His second touchdown run was considerably longer. The 87-yarder accounted for more than half of his game- and career-high 163 rushing yards on 13 carries.

Wright put an exclamation point on his night with the last of Vanderbilt’s five third-quarter touchdowns, finding Sheppard for a 15-yard touchdown. Wright finished 13-of-21 passing for 146 yards.

Ray Davis and Rocko Griffin, who each carried for scores during the third-quarter deluge, rushed for 87 and 63 yards on nine and five carries. Chase Gillespie added another 63 yards on 11 carries, and Cooper Lutz ran for a seven-yard touchdown in the fourth quarter.

Brayden Schager and Joey Yellen split quarterbacking duties, with Schager going 18-of-35 for 161 yards and Yellen going 10-of-20 for 89 yards.