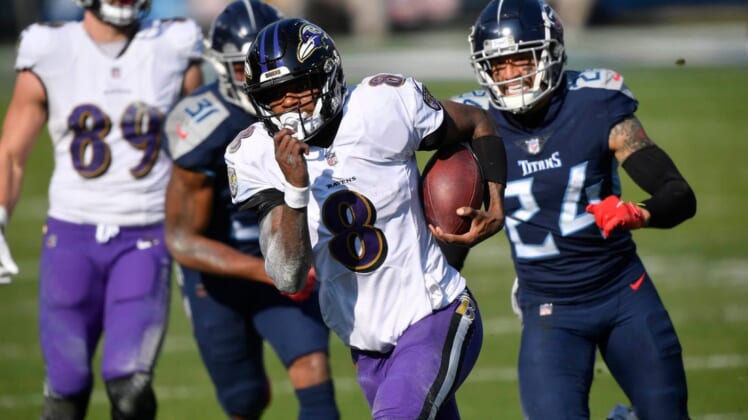 Jackson, 25, made waves when he elected to skip the team’s voluntary organized team activities last month, fueling speculation that he intends to leave the Ravens. Jackson is entering the final year of his rookie contract and has not yet engaged the team in contract talks. Jackson represents himself.

Jackson is set to play the 2022 season on his fifth-year option worth $23.016 million. That annual average salary is 15th in the NFL among quarterbacks, according to Spotrac. Jimmy Garoppolo is expected to be traded by the 49ers but has a 2022 salary of more than $25 million.

Ravens coach John Harbaugh and general manager Eric DeCosta said following the NFL draft that the team is prepared to negotiate with Jackson but that contract talks were not a priority at the time. Jackson said his only focus is the Super Bowl.

Jackson had a combined 18 interceptions over his first three seasons before throwing 13 picks in 12 games in 2021. He had 16 touchdown passes last season, a steep decline from his 2019 MVP total of 36.