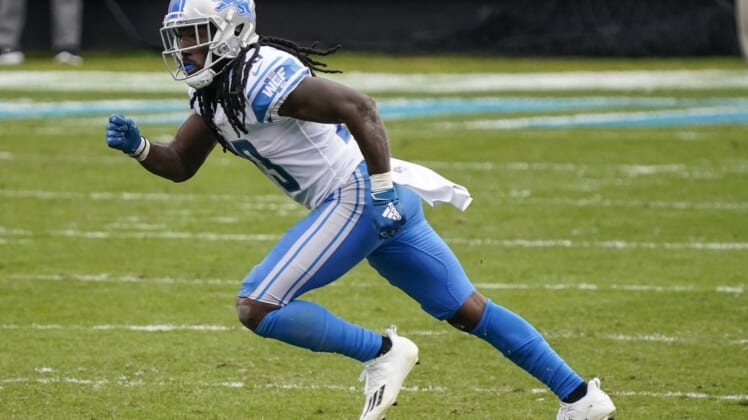 Cornerback Desmond Trufant is signing a one-year free-agent deal with the Chicago Bears, according to multiple reports.

Trufant, 30, would be expected to replace Kyle Fuller, who is being released in a cost-cutting move.

Trufant was a similar cap casualty in Detroit, where he signed a two-year, $20 million deal with the Lions last year before being released earlier this week. The move will save the club $6.1 million against the cap this season. Trufant’s dead cap hit is $6 million, per Spotrac.

Fuller’s cap hit for Chicago next season was $20 million. Releasing Fuller leaves the Bears with a $9 million dead cap hit and $11 million in savings.

Terms of Trufant’s deal with Chicago were not available.

Trufant played in just six games — all starts — and ended the season on injured reserve with a hamstring injury. He had one interception and four passes defensed to go with 20 tackles.

Trufant played his first seven seasons with the Atlanta Falcons, who selected him No. 22 overall in the 2013 draft. He had 13 interceptions in 97 games (all starts) for the Falcons. He made the Pro Bowl in 2015.