PREVIEW: St. Lous Blues look to get back on track vs the Kings 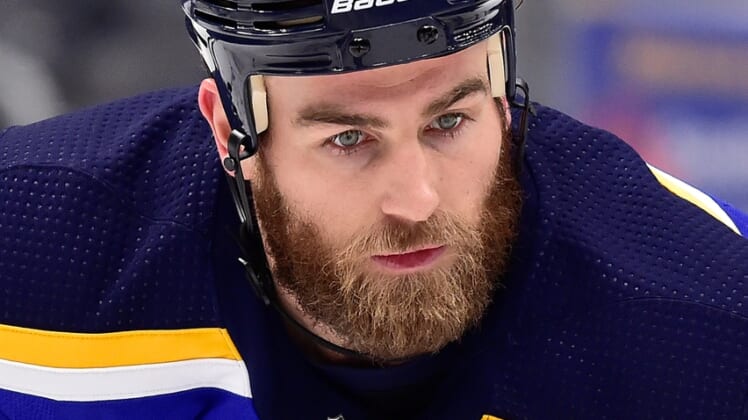 The revamped St. Louis Blues hope to reestablish their defensive identity when they host the Los Angeles Kings on Saturday.

The Blues earned points in three of their first four games. They split two road games against the Colorado Avalanche, then returned home for a victory and a shootout loss against the San Jose Sharks.

The addition of defenseman Torey Krug and Mike Hoffman via free agency and the increased role for winger Jordan Kyrou has given the Blues a new look. Kyrou (two goals, two assists) leads the team in scoring.

“There is obviously more speed and skill,” Blues captain Ryan O’Reilly said. “But I think to go the distance, it’s gonna be the structure, and all being on the same page and our identity. And that’s outworking teams and holding onto the puck at the right times and learning how to wear teams down. When we do that, I think the other stuff will come.”

The Kings also gained points in three of their first four games, all played at home. They suffered two overtime losses to the Minnesota Wild before splitting two games against the Avalanche. They won 4-2 on Thursday night.

“Even though we got a couple points in the first couple games, blowing the 3-1 leads felt like a (regulation) loss,” Kings center Anze Kopitar said. “We’ll take the points and to get the first ‘W’ on the board was big. Now, we’ve got to build on that and keep on rolling.”

Krug replaced Pietrangelo in the lineup while veteran Carl Gunnarsson and rookie Niko Mikkola have filled in for Bortuzzo and Scandella. Bortuzzo landed on injured reserve, but Scandella returned to practice Friday.

“It’s early in the year and we’re coming together as a team,” Blues goaltender Jordan Binnington said. “It’s a unique season, there’s some different situations. I think we’re adapting as we go. We got a good group of guys, good leadership. Once we start clicking a little bit, it’ll all come together.”

Binnington (2-1-1, 2.67 goals-against average) will likely start Saturday, since he stopped 37 of 38 shots in his previous outing. Rookie Ville Husso could make his first start Sunday for the second of back-to-back games against the Kings.

Husso allowed four goals in one period at Colorado in his NHL debut on Jan. 15.

For the Kings, mainstays Kopitar (six assists) and Jeff Carter (one goal and four assists) are off to good starts on the forward lines — as is free-agent signing Andreas Athanasiou (three goals, one assist).

Athanasiou is looking to get his career back on track after struggling last season with both the Detroit Red Wings (24 points, minus-45 rating in 46 games) and the Edmonton Oilers (two points in nine games).

The Kings will likely use both goaltenders in this back-to-back set. Veteran Jonathan Quick (1-0-2, 3.18 GAA) remains their regular starter, but the team sees a bright future for Cal Petersen (0-1-0, 3.10).