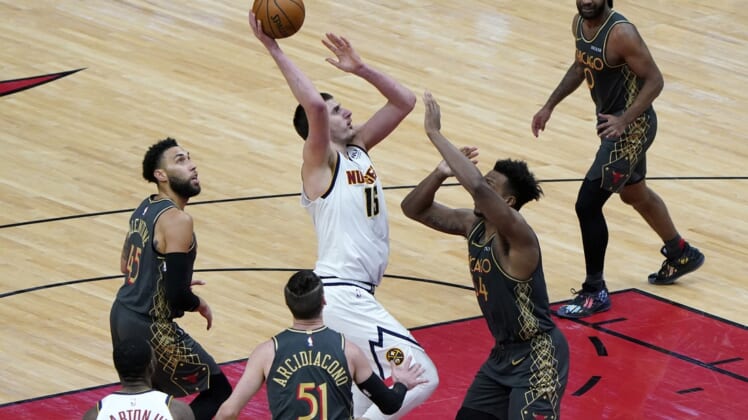 The Indiana Pacers began the season strong, but that 8-4 record seems long ago. A 114-111 win at Cleveland on Wednesday ended a four-game skid and stopped a string of nine losses in 12 games.

Things don’t get any easier for the Pacers, who host the Denver Nuggets on Thursday night. Denver has won three straight, including a blowout victory at Milwaukee on Tuesday night that put Nikola Jokic in rare company.

Indiana’s slide has hasn’t changed the attitude or approach of first-year coach Nate Bjorkgren. He has been patient and tough with his new team as it works through this rough patch.

“There’s nothing that I stay away from,” Bjorkgren said, according to the Indianapolis Star. “You have to be very truthful. You have to speak the truth to the players on exactly what you see and how you feel and how they need to get better and things they’re doing well.

“You don’t want to hide anything. Players want to be coached, especially good players. They want to be challenged, so there’s nothing that I sidestep. … I go right at them on a number of things.”

Other than a 20-point loss at Milwaukee and a 16-point defeat at Philadelphia, the Pacers have been in every game. They’re getting production from key starters, and they have adjusted to the in-season trade that sent Victor Oladipo to Houston.

Malcolm Brogdon scored a team-high 29 against the Cavaliers, hitting 12 of 15 shots from the floor, while Domantas Sabonis added 18 points, six assists and five rebounds.

A win over the Nuggets would give the Pacers some momentum going into the All-Star break, but to get they that they will have to slow down Jokic. In the current three-game win streak — all on the road — he has two triple-doubles and missed another by one assist.

“Nikola has 50 career triple-doubles, but he also has 20 games (in his career) where he missed a triple-double by either one rebound or one assist,” Denver coach Michael Malone said after the Nuggets’ 128-97 rout of the Bucks. “It just speaks to his greatness. The guy doesn’t get fatigued, he doesn’t get tired.”

The Nuggets have leaned on their All-Star center because of the rash of injuries they have sustained. Two starters — Paul Millsap (knee) and Gary Harris (thigh) — have been out an extended time. Millsap’s backup, JaMychal Green (shoulder), is also out, and Facundo Campazzo and R.J. Hampton missed the past two games due to health and safety protocols.

Malone has been forced to employ unusual lineups, starting rookie Zeke Nnaji once and utilizing Vlatko Cancar, who has played in only 19 of Denver’s 35 games.

Jokic is the only Denver player to play in all 35, and his 27.3 points, 11 rebounds and 8.6 assists per game have put him in the Most Valuable Player conversation.