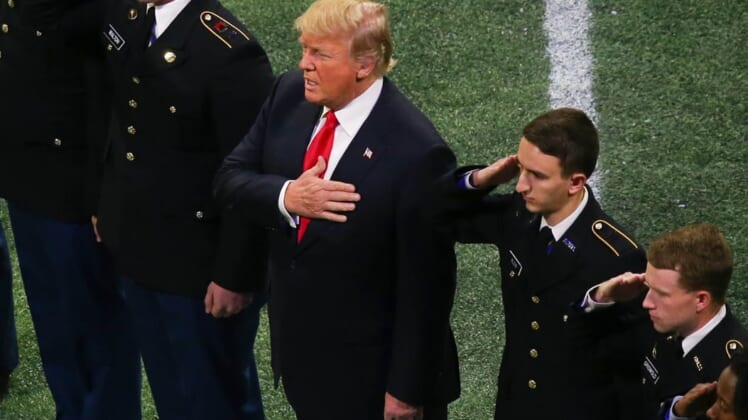 Some of the criticism came from Dolphins wide receiver Kenny Stills, at which point Mr. Ross responded.

Upon arriving at the fundraiser Friday afternoon, President Trump responded to said criticism. He called Ross “a friend and great guy” while nothing that POTUS thinks Ross is “probably more inclined to be a liberal.”

Given Ross’ own statement about his relationship with Mr. Trump, this is unlikely to die down any time soon. The longtime Dolphins owner noted that he’s known Trump for four decades “and while we agree on some issues, we strongly disagree on many others and I have never been bashful about expressing my opinions.”

Trump’s overall relationship with the NFL has not been great since he himself pushed back against the Colin Kaepernick-led National Anthem protests back in 2016. Hence, the criticism that Mr. Ross has received in recent days.

For the purpose of full disclosure, Ross has donated to political figures of both major parties in recent years. It has not solely been limited to the GOP.