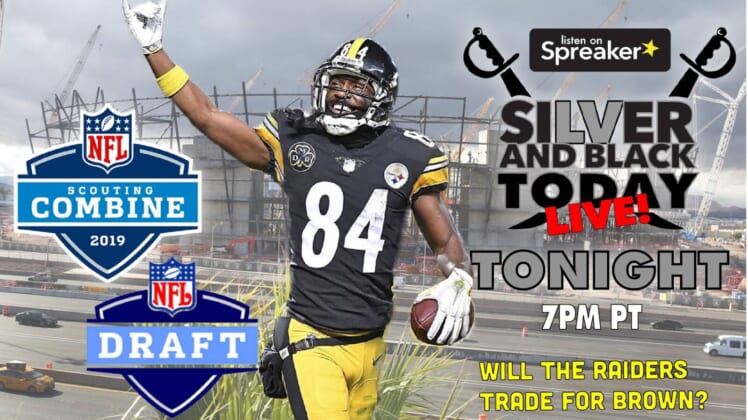 Would you trade for the Steelers Antonio Brown? What would it mean for the Raiders draft in 2019?

Kelly Kriner and I discuss the latest Raiders chatter on Antonio Brown. Is he worth a first-round draft pick? Also: what happened at the NFL Combine? Did it change anyone’s mind on #Raiders targets? We also update you on late-breaking news from Oakland on the Raiders lease negotiations for 2019.

Even at 31 Brown is consistent on the field and a hard worker off it.

What’s your view on Antonio Brown? Would Brown make a difference for the Raiders in 2019?

SilverAndBlackToday.com is our 24/7 website covering all things Raiders. We also have our regular podcast, and it and the radio show archive, are available for download on iTunes or Google Play, stream and follow on Spotify, Soundcloud & Spreaker.