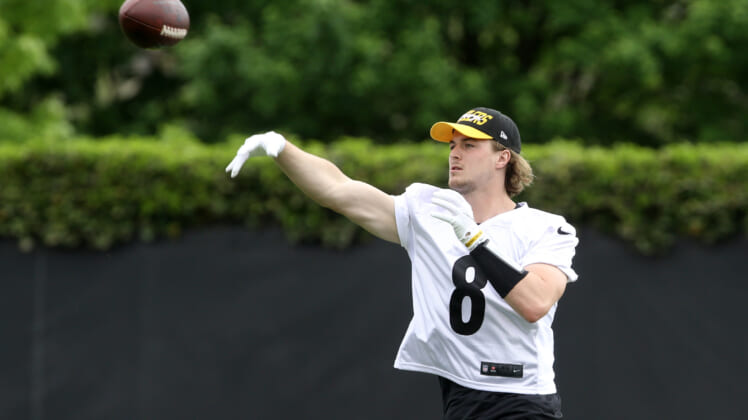 Pittsburgh Steelers quarterback Kenny Pickett will compete with Mitch Trubisky in training camp for the starting job. While he’s competing against Trubisky, the quarterback Pickett will truly be replacing has already offered his services whenever needed.

Pickett, the 20th pick in the 2022 NFL Draft, will have a shot to become the Steelers’ starting quarterback in Week 1. For now, Trubisky is the favorite after he signed a lucrative contract with Pittsburgh this offseason.

While Trubisky might have an early advantage in the quarterback competition, future Hall of Famer Ben Roethlisberger has made himself available to Pickett whenever he needs it. Speaking to reporters this week, the rookie revealed that he spoke to Roethlisberger almost immediately after the NFL Draft.

“He said he’s always there for me if I have any questions or advice. I mean, he’s an unbelievable player, a Hall of Famer, so he’s a guy that I will definitely use as a resource in these coming weeks here.” 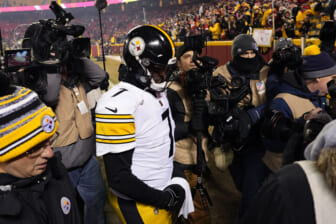 Roethlisberger’s interest in helping Pickett is notable for two reasons. First, he’s choosing to offer advice for the quarterback who likely played a role in Pittsburgh pushing out its franchise quarterback. Recent reports indicate Roethlisberger believes the Steelers forced him into retirement.

Secondly, the 40-year-old has already weighed in on the upcoming Steelers’ quarterback competition. While he believes Trubisky will play in 2022, he doesn’t think the quarterback has a long-term future in Pittsburgh.

Ultimately, Roethlisberger will be correct. Pittsburgh structured its contract with Trubisky so it could easily cut home a year from now. It also took Pickett much higher than any other quarterback picked in 2022, seemingly the only NFL team who had a top-40 grade on any quarterback in the draft class.

Trubisky will likely open the season under center for the Steelers, but he might only hold the starting job for a few weeks. While Pickett might not be a franchise-caliber quarterback, his athleticism and arm talent offer him the tools to do far more than Roethlisberger did in his final years.