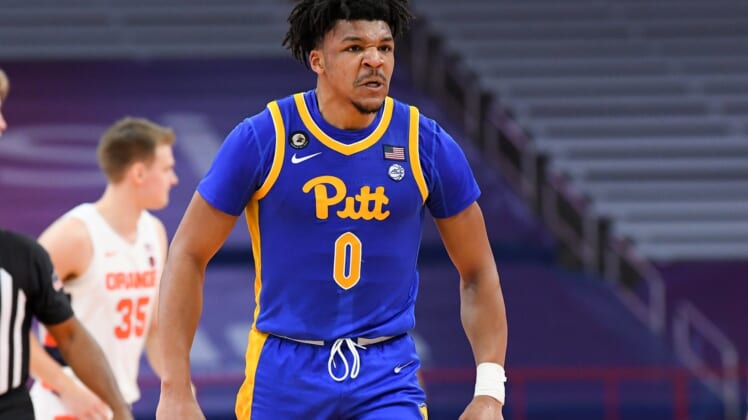 Pitt reinstated suspended guard Ithiel Horton on Thursday after criminal charges against him were dismissed.

Horton was arrested following a Nov. 6 incident in the city in which he was charged with aggravated assault, resisting arrest, disorderly conduct and public drunkenness. Police were called to help settle a dispute between Horton and a tow truck driver who had been dispatched to haul away an illegally parked car.

In the fracas, Horton allegedly hit a police officer, and Horton was suspended indefinitely pending resolution of the case. The charges were dismissed in court when the prosecution asked to postpone the case for a second time when the officer didn’t show up on time.

TribLIVE in Pittsburgh reported the officer had a scheduling conflict and that charges could be refiled.

For now, at least, Horton is free to rejoin the Panthers.

“We are grateful that Ithiel’s situation has been resolved,” head coach Jeff Capel said in a news release. “It is unfortunate that he had to miss the past two months, but I know he has remained hungry to get back with his teammates and have the opportunity to represent the University of Pittsburgh again. “I am really proud of the way he handled his academic responsibilities, making the dean’s list, while dealing with this situation. Ithiel has remained positive and confident throughout this process and we are eager to integrate him back into the team.”

Horton, a 6-foot-5 junior from New Jersey, hasn’t been allowed to practice with the team during his suspension. Last season, he averaged 8.9 points, 2.3 rebounds and 1.6 assists for the Panthers. He shot 37.1 percent from 3-point range.

“The past two months have been extremely difficult but the support and constant encouragement from my family, Coach Capel, the rest of the coaching staff and my teammates really helped me stay strong and keep working,” Horton said. “I am just ready to put this behind me and get back out on the court with my teammates.”

The next scheduled game for Pitt (5-8) is Wednesday at Louisville.