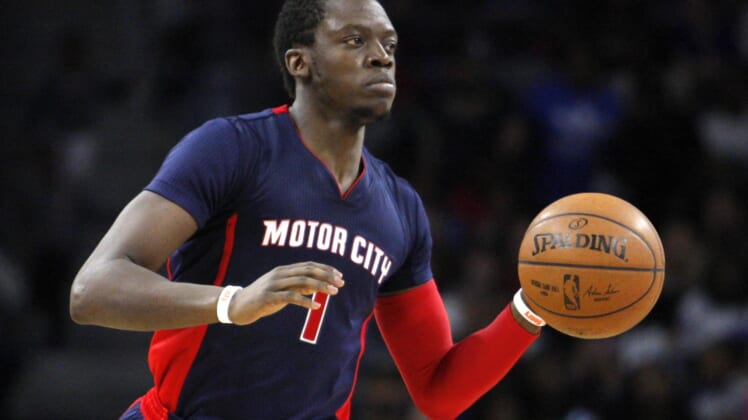 Becky Hammon is rising the ranks on the NBA sideline, and the San Antonio Spurs assistant coach has support from Reggie Jackson, whose Detroit Pistons need a new bench boss.

Rod Beard of the Detroit News notes Jackson said he only cares about having the most qualified person leading the team.

“I’m not sure how others would receive it and I understand it may be a transition that would have its own challenges, but I just want the best person for the job.”

The debate of “should an NBA team actually hire a woman as a head coach” will continue until Hammon — or somebody else — receives that chance, but Jackson summed up the conversation.

Is the coach qualified? If yes, hire that person.

Sure, having someone such as Hammon be in charge of a franchise would be a different experience. For much of a male basketball player’s life, a man is his coach. It’s OK to acknowledge there would be a transition period, especially in the NBA.

But there is absolutely no reason to argue against hiring Hammon if she’s qualified. Right now, perhaps she’s not there. Detroit could turn elsewhere for the replacement to Stan Van Gundy, and that would be understandable.

Hammon’s experience level is probably about to change, though.

The Spurs lost James Borrego to the Charlotte Hornets, and fellow assistants Ettore Messina and Ime Udoka also interviewed for head-coaching positions. Within a year, it’s possible Hammon is a top assistant for Gregg Popovich.

After that inevitable season, she’ll meet all the typical requirements of an assistant making the leap to head coach. Additionally, the six-time WNBA All-Star has an impressive on-court resume from her 15-year career.

Chauvinists won’t like it. But that doesn’t matter. Hammon already has support from players like Jackson, and that backing will only become louder.