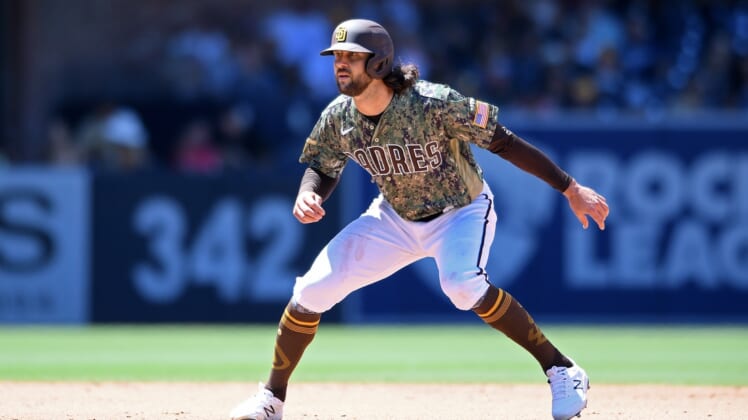 The Pittsburgh Pirates signed outfielder Jake Marisnick to a major-league contract on Thursday.

Marisnick, 31, was a non-roster invitee to spring training with the Texas Rangers and hit .160 (4-for-25) with a home run and four RBIs in 10 games. He’ll fill in for outfielder Greg Allen, who is hampered by a hamstring injury.

Entering his 10th season, Marisnick also has played for the Houston Astros, Miami Marlins and New York Mets. He is known for his defensive prowess, with his 75 defensive runs saved since the start of the 2013 season good for eighth among all MLB outfielders.

The Pirates also announced the signing of catcher Andrew Knapp, who will back up starter Roberto Perez.

Knapp, who has five seasons of major league experience with the Philadelphia Phillies, was in camp with the Cincinnati Reds this spring. He had an opt out in his contract if he did not make the major league roster and was released by the Reds on Tuesday.