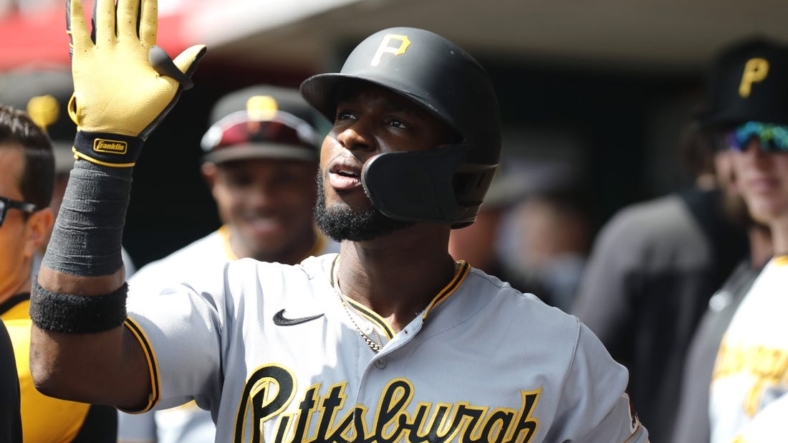 Rodolfo Castro homered and drove in four runs to help the visiting Pittsburgh Pirates complete a four-game sweep of the Cincinnati Reds with a 10-4 win on Wednesday afternoon.

Oneil Cruz also homered, Ke’Bryan Hayes had three hits and an RBI, and Bryan Reynolds contributed two hits for Pittsburgh, which completed its third sweep of the season of three games or more. The Pirates also tied their longest winning streak of the season at four games.

Pirates starter Roansy Contreras gave up one run and three hits in four innings. He struck out three and didn’t walk a batter.

Tyler Beede (2-5) gave up one run and three hits in two innings of relief for the Pirates. Miguel Yajure pitched the final three innings to earn his first save of the season.

Reds rookie left-hander Nick Lodolo (4-6) struck out a season-high 11 batters in 6 1/3 innings. He gave up three runs and six hits without a walk. Lodolo has 22 strikeouts and no walks in his past two starts covering 14 1/3 innings.

Austin Romine and Kyle Farmer each had two hits, including solo home runs, for Cincinnati.

The Reds took a 1-0 lead in the second inning on an RBI single by Spencer Steer.

Lodolo struck out his sixth batter following a leadoff single by Tyler Heineman in the third. Reynolds followed with another single, however, and Castro then came up and served a three-run homer into the seats in left for a 3-1 lead.

Romine hit a solo home run off Beede with two outs in the fifth to cut the lead to 3-2.

The Pirates re-established their two-run lead in the seventh after Greg Allen walked with one out, was sacrificed to second and scored on a single by Hayes.

Cruz went deep with a runner aboard in the eighth to stretch the lead to 6-2.

Farmer homered in the bottom of the eighth to cut the lead to 6-3.

Castro added an RBI single in the ninth and Michael Chavis drove in two more runs with a single to make it 9-3. Pittsburgh tacked on one more run on a throwing error for a 10-3 lead.