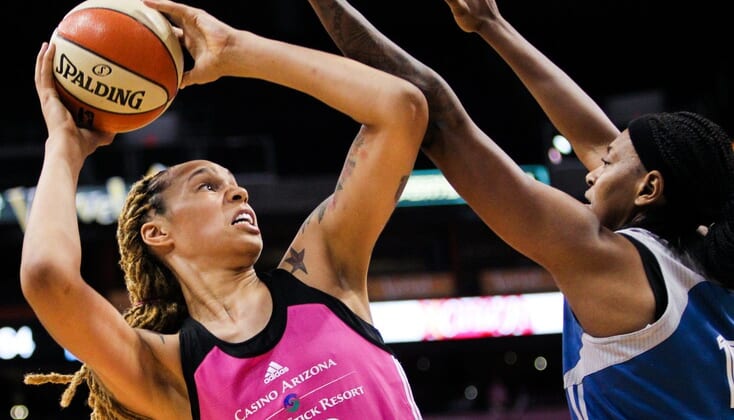 The Phoenix Mercury secured their third straight victory following a 77-74 overtime victory over the Chicago Sky. The loss for the Sky is their sixth straight.

The Mercury improve their record to 5-3 on the season including a 3-1 record without Diana Taurasi, out with an injury, in the lineup.

Chicago drops to 2-6 on the season, losing six consecutive games. Candace Parker has been out with an ankle injury only playing in the season opener for the team.

After an even scoring affair in the first quarter ending with the Mercury leading 18-16, the second quarter seemed to be going in the same direction until Phoenix went on a run to push their lead to double digits in the final minutes. They went into halftime leading 34-26.

Skylar Diggins-Smith and Kia Nurse combined to score 21 points in the first half scoring 12 and nine points respectively.

It was in the third quarter that for the second time this season, Britney Griner completed a dunk. However, it was the Chicago Sky that turned the momentum in their favor in the period outscoring the Mercury 25-9 including a 7-0 run in the final minute. Kaleah Copper led the way for the Sky scoring eight points in the period.

In the fourth, after the Sky pushed their lead to as high as 13 points with 7:42 remaining, the Mercury went on a run led by Diggins-Smith who scored 13 points in the fourth.

With the game tied 74-74 with 34.1 seconds remaining in overtime, Britney Griner made a go-ahead layup to give the Mercury the lead on their way to victory.