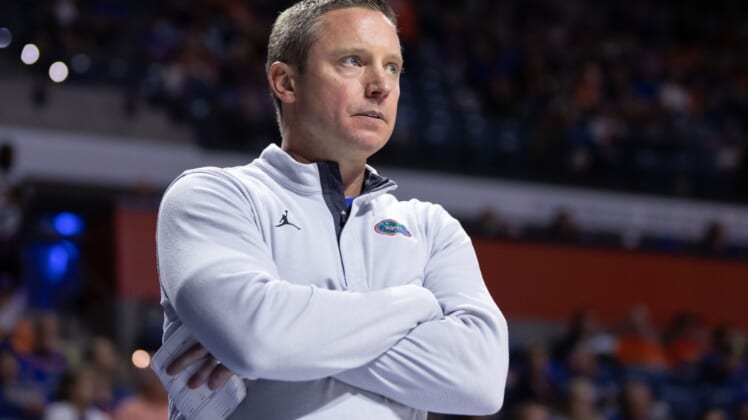 Phlandrous Fleming Jr. scored a season-high 20 points to help Florida cruise to an 87-62 victory over Stony Brook on Wednesday afternoon in Gainesville, Fla.

The Gators (9-3) picked up wins in back-to-back games to wrap up their nonconference schedule before opening Southeastern Conference play on Dec. 29 at Ole Miss.

Stony Brook (7-5) had its four-game winning streak snapped despite a solid performance from Jaden Sayles, who led the Seawolves with 16 points on 8-of-9 shooting.

Florida’s Colin Castleton finished with 15 points and seven rebounds as the Gators outrebounded Stony Brook 41-20, including a 16-5 advantage on the offensive glass.

Down 54-29, the Seawolves used a 9-2 run to cut the deficit down to 18 points. But that’s as close as they would get as Fleming buried a triple take back momentum.

The Gators led by as many as 31 in the second half. The lopsided margin gave them a chance to play several reserves as Jason Jitoboh totaled 12 points and seven rebounds. CJ Felder finished with 10 points and five boards.

Florida did a solid job defending two-time America East Player of the Week Jahlil Jenkins, limiting him to only nine shots from the field. Jenkins also finished with 14 points.

The Gators also shared the ball well as they finished with 20 assists on 32 made field goals. Florida entered the game struggling from 3-point range, but connected on 8 of 23 attempts from long distance while Stony Brook shot just 5 for 19 from beyond the arc.

The Seawolves also return to action on Dec. 29 at home against Farmingdale State before opening conference play at Hartford on Jan. 2.