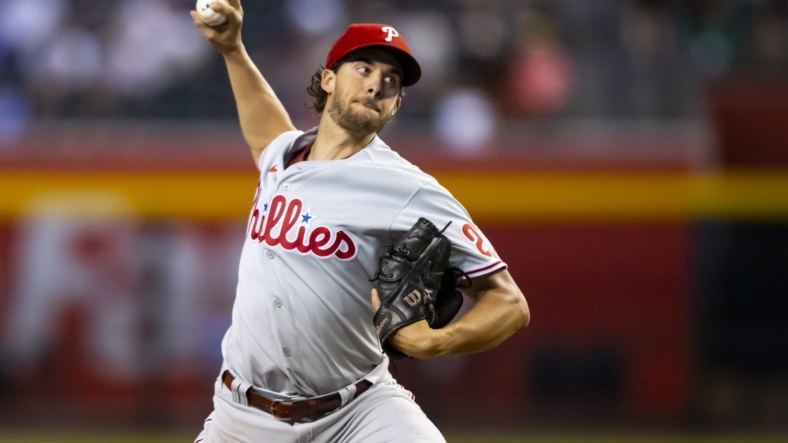 After a disastrous six-game road trip, the Philadelphia Phillies will aim to strengthen their playoff position when they host the Miami Marlins on Tuesday.

The Phillies dropped two of three against the Arizona Diamondbacks and were then swept by the San Francisco Giants to cap the 1-5 road swing.

Regardless, they return home still in the third wild-card spot in the National League.

The Phillies haven’t reached the postseason since 2011.

“Things just aren’t clicking for us,” said David Robertson, who allowed a walk-off, two-run home run to Wilmer Flores in a 5-3 defeat on Sunday. “Hopefully we’ll go back and really take this off-day to recharge and get ready for a good homestand, because we need to pick up the pace and we need to start winning games. We know that there’s only a certain amount of time left.”

“It’s been a frustrating week, but it’s just one week,” Thomson said. “Now we start a new week on Tuesday, and after an off-day we’ve got (Aaron) Nola going and we’ve just got to get back to our winning ways.”

Nola (9-11, 3.43 ERA) struggled mightily in his last outing, against the Diamondbacks, as he allowed a career-worst eight earned runs and equaled a career worst of 10 hits in four innings.

“As much as I can get on the mound, the better, especially after this one,” Nola said after the start.

The Phillies will be without one of their key regulars, Nick Castellanos, as he landed on the injured list with a right oblique strain.

The reeling Marlins hope to avoid an eighth consecutive loss. The Marlins are coming off a weekend three-game sweep by the Atlanta Braves.

The seven straight losses mark a season high and the Marlins’ offense has sputtered with two runs or fewer in eight straight games.

“We just had trouble getting anything going,” Marlins manager Don Mattingly said. “You’re getting a top of the line guy in (Max) Fried and dealing with a lineup that’s younger and trying to find their way in the big leagues, so you know it’s going to be a battle.”

While the Phillies are in a funk, they still boast a strong roster and will be another tough challenge for the Marlins.

“You’re finding out where you’re at,” Mattingly said of his young team.

The Marlins will hand the ball to Jesus Luzardo (3-6, 3.44). In Luzardo’s last start against the Tampa Bay Rays, he tossed six innings and allowed six hits and five runs (three earned).

Luzardo is 1-0 with a 3.27 ERA in two career starts against the Phillies.

Jon Berti’s availability for Tuesday’s game is unclear. Berti was held out of all three games against the Braves with a sore right hip.