Phillies’ Bryce Harper (hand) out of lineup vs. Nationals 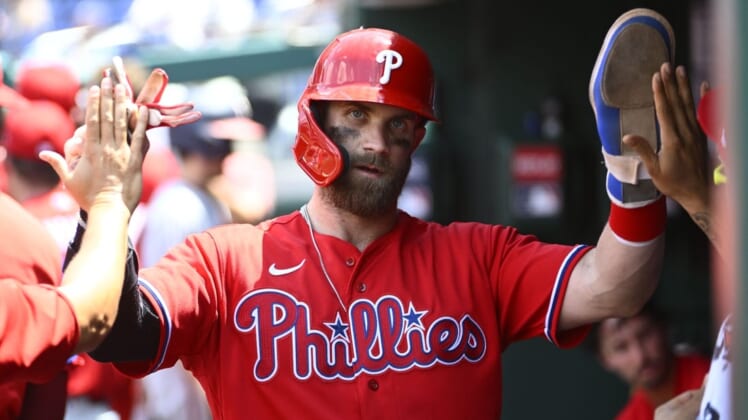 Philadelphia Phillies slugger Bryce Harper remained out of the starting lineup against the host Washington Nationals on Sunday afternoon due to a blister on his left hand.

The Phillies, who entered the contest having won 14 of their last 16 games, have a day off on Monday. They open a two-game interleague series versus the Texas Rangers on Tuesday in Arlington, Texas.

Philadelphia interim manager Rob Thomson said the injury occurred “just from reps, hitting in the cage, all that stuff.”