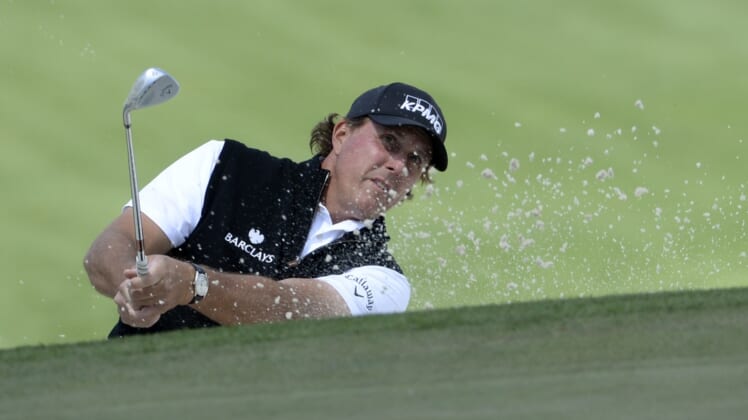 Las Vegas is prepared for the possibility of Brooks Koepka wins his third straight U.S. Open. But if Phil Mickelson completes the Career Grand Slam, it’s a different story.

Koepka is listed as a 8-1 favorite. John Murray, director of the race and sportsbook at the Westgate, said the young champ is “not worth betting on,” and that bettors agree (H/T Darren Rovell, The Action Network).

While Mickelson has much longer odds, he’s attracting a lot of interest.

“Mickelson dropped from 30-to-1 to 25-to-1 due to the volume of money coming in on him, but the Westgate seems willing to take the risk,” Rovell said. “The book is not alone, FanDuel’s sportsbook also has its biggest liability in Mickelson, but at 46-1.”

Mickelson hasn’t seriously contended at a U.S. Open since 2013 or any major since the 2016 British Open. So, it’s easy to see why he carries long odds.

Still, his pursuit of the Career Grand Slam is one of the week’s major talking points. Additionally, he’s won the AT&T Pebble Beach Pro-Am five times, including 2019. So, while the odds are long and winning would make Mickelson would be the oldest major champion ever, there’s plenty for anyone who bet on him to be optimistic about.