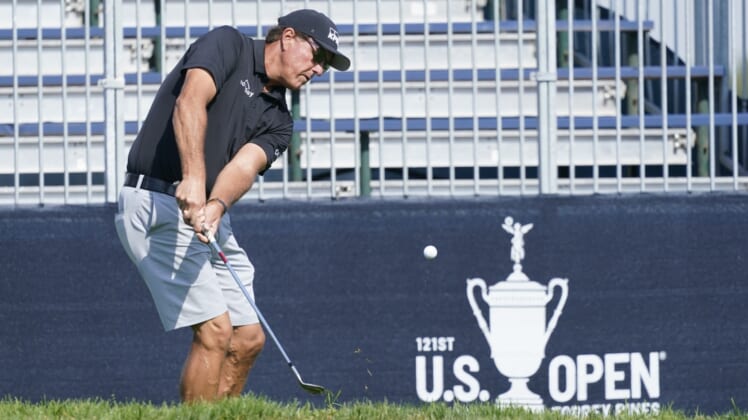 Phil Mickelson is ready to take another shot at that elusive U.S. Open title and his excitement meter is high with the event back at Torrey Pines just outside San Diego.

Mickelson, who turns 51 on Wednesday, is a San Diego native who spent countless hours on the course in his youth.

This week is the second ever U.S. Open at Torrey Pines and this time, Mickelson arrives as the most recent major winner after his stunning PGA Championship victory last month.

“It’s a unique opportunity because I’ve never won a U.S. Open,” Mickelson, a six-time major winner, said on Monday. “It’s in my backyard. I have a chance to prepare properly, and I wanted to put in the right work.

“So I’ve kind of shut off all the noise. I’ve shut off my phone. I’ve shut off a lot of the other stuff to where I can kind of focus in on this week and really give it my best chance to try to play my best.”

To Mickelson, Torrey Pines is more than the picturesque course in La Jolla that overlooks the Pacific Ocean.

It was a big deal for a young player to participate in so many competitive rounds on the storied public course, and Torrey Pines’ status only grew when it was host to the U.S. Open in 2008.

“It’s been a special place for me to grow up and play our high school matches, play a lot of golf out here as a municipal course,” Mickelson said. “To make the course open to the masses is a special thing, and to have a major championship on that venue is exciting. 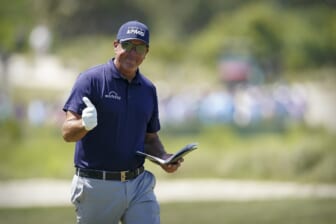 “Although it’s a lot different than when I grew up 35 years ago, it still is a special site, and it’s in remarkable shape.”

The 2008 U.S. Open is memorable for the epic 91-hole battle in which Tiger Woods prevailed over Rocco Mediate. Woods revealed a few days later that he had been playing with a broken leg and torn ACL.

Mickelson received a lot of fanfare prior to the event as the local favorite chasing his first U.S. Open victory. Part of the anticipation was his long familiarity with the course, not to mention his track record, winning PGA events at Torrey Pines in 1993, 2000 and 2001.

It didn’t come close to happening as Mickelson finished in a tie for 18th at 6-over 290. Particularly disastrous was his quadruple-bogey 9 on the 13th hole in the third round.

At the time, he said he probably had a 9 on 13 before — “I was 8 years old, but I have had a nine there,” Mickelson said after the round.

Asked Monday about what he recalls from the 2008 U.S. Open, Mickelson remembered a lot about Woods but not much from his four rounds.

Mickelson does remember the close calls he’s had at the U.S. Open. He has six second-place finishes, the most recent in 2013 at Merion Golf Club in Pennsylvania. 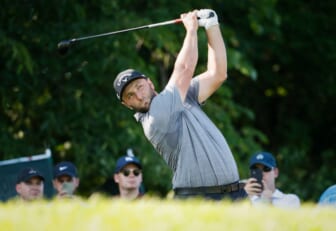 But he arrives with confidence after the PGA Championship victory, one of just three triumphs in nearly eight years. He has six major titles, including three at the Masters Tournament, but the U.S. Open has remained out of his grasp.

“Then when it all comes together at a perfect time like that, it was exciting to put it together.”