Former Indianapolis Colts and Denver Broncos quarterback Peyton Manning may have retired from football, but he’s going to continue being a successful businessman off the field.

He also apparently likes beer, as evidenced by comments the future Hall of Fame quarterback made after leading Denver to the Super Bowl back in February.

So it would make a whole bunch of sense for others to attempt cash in on both Manning’s affinity for beer and his popularity in the two cities he called home during his career.

That’s exactly what Denver’s Factotum Brewhouse and Indianapolis’ Tow Yard Brewing Co. are doing. The two have come together for a limited-edition Manning-themed beer named “Oatmaha.” 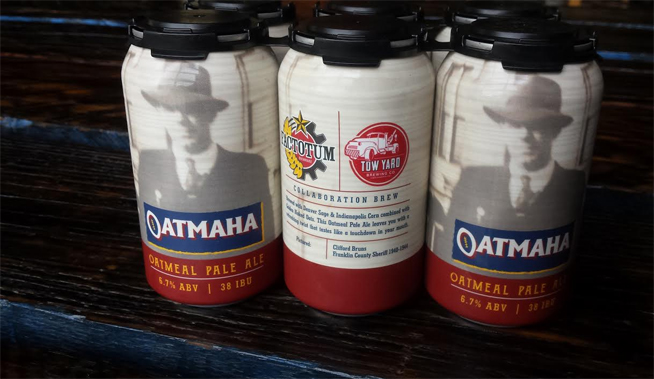 Yes folks, that’s a reference to the quarterback’s pre-snap call “Omaha” throughout his illustrious career.

According to the Denver Post, a six-pack of this oatmeal pale ale will only be found at the Factotum taproom in Denver and will cost a cool $15 for a six-pack.

The beer will avoid Manning’s likeness as a way to avoid paying out royalties to the quarterback and finding the two companies in legal hot water. Though, it’s readily apparent this new brew is all about Manning.

“Oatmaha contains oats to represent the horse-themed mascots of the two teams in which he’s played for during his professional career,” the Post reported. “To define Indiana, the brewers incorporated corn, while sage expresses Colorado.”

The only thing we’re waiting for now is to see if Manning will try the brew and gives a thumbs up.