Pete Carroll on non-call: NFL wishes ‘they would have called pass interference’ 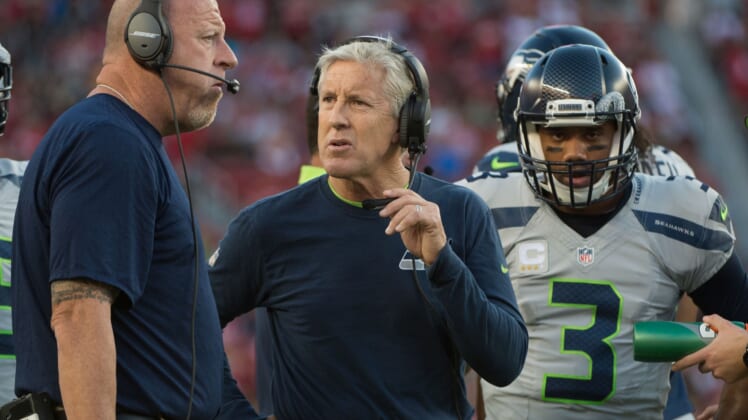 Seattle Seahawks head coach Pete Carroll said Wednesday that the NFL wishes it had called pass interference on a controversial play at the end of Sunday’s game.

The play in question was the second-to-last of Sunday night’s NFC West showdown against the San Francisco 49ers. Linebacker Fred Warner appeared to grab tight end Jacob Hollister with the ball in the air (watch here). Not only was no flag thrown, but the league office did not stop the game to review the play.

Carroll made no bones about his belief that the league blew it big time with the non-call in the end zone on Monday.

On Wednesday, he was careful about exactly how he phrased things when asked what the league said to him about the play.

After Sunday night’s game, NFL senior vice president of officiating, Al Riveron, said that the league did look at the play in real time but that there was nothing “that rises to the level of a foul while the ball is in the air before it gets there by either player.”

Interestingly, Carroll isn’t exactly saying the NFL admitted it should have called a penalty for pass interference or that the NFL says Riveron was wrong. Instead, he’s dancing around the issue while hinting the league perhaps has changed its mind about the play since Sunday night.