Penn, Missouri both seeking improvement ahead of game in Columbia 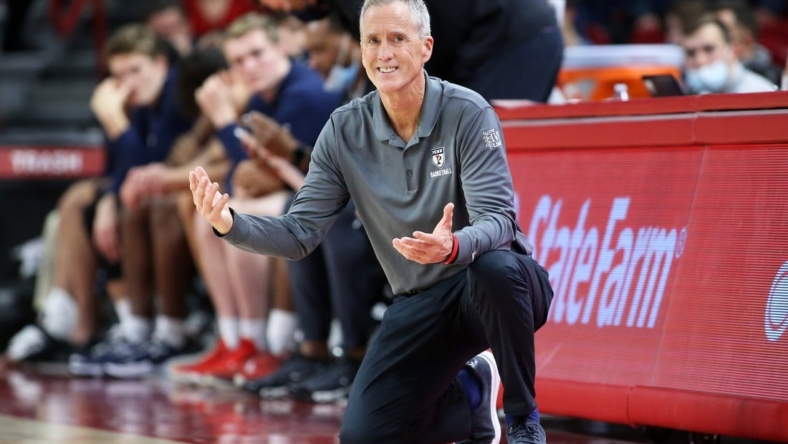 The Missouri Tigers will seek tighter defense while the Pennsylvania Quakers will aim for more efficient offense when the teams meet Friday in Columbia, Mo.

The Tigers (1-0) opened their season with a 97-91 victory over Division I newcomer Southern Indiana at home Monday. Meanwhile the Quakers (0-1) fell 78-50 at Iona Monday.

Missouri seemed ready to put away Southern Indiana, but then the Screaming Eagles made eight consecutive shots from 3-point range to create a tense finish.

First-year Missouri coach Dennis Gates hopes his team learned from that experience as it prepares for another nonconference game at Mizzou Arena.

“I could have easily gone zone, but I did not want to,” Gates said. “I could have stopped certain things from happening. It’s important that we continue to get better and learn about ourselves. I could have went to a man press or a zone press. I chose not to do those things because every game is precious, and every game is a teaching moment.”

The Quakers missed 22-of-25 shots from 3-point range in the loss at Iona and shot just 32.7 percent overall from the field.

“It was a good environment for college basketball,” Penn coach Steve Donahue told the Daily Pennsylvanian. “I think it’s a fun place . . . I thought it got the best of us during that (23-4) run in the first half.”

Donahue returns a veteran team that edged Princeton for the top spot on the Ivy League’s preseason media poll after finishing 9-5 in league play last season.

Due to injuries and illnesses, Donahue spread responsibility across his roster last season while using 13 different starting lineups. The Quakers return nine players who scored in double figures at least twice.

Leading the way is guard Jordan Dingle, who led the league in scoring with a 20.8 scoring average. Dingle scored a team-high 16 points against Iona.