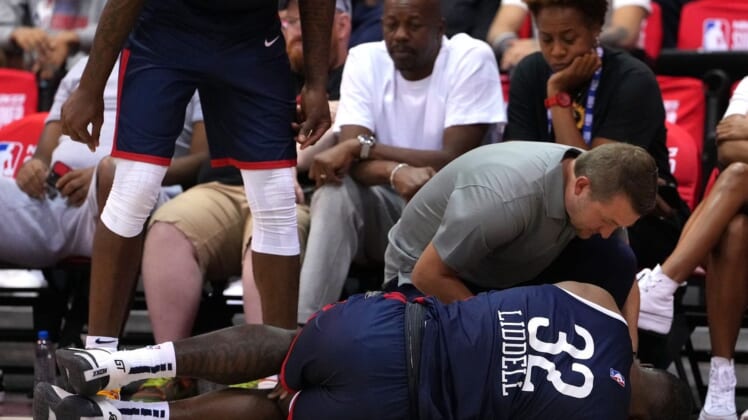 New Orleans Pelicans rookie EJ Liddell will have an MRI after injuring his right knee during a Summer League game Monday night.

The 6-foot-7 forward was a second-round pick (41st overall) in last month’s draft out of Ohio State, where he was a two-time All-Big Ten selection.

The injury occurred in the third quarter of the Pelicans’ 101-73 win against the Atlanta Hawks in Las Vegas. His right leg buckled while attempting to gain position and he fell to the court. He needed help to get to the locker room.

“Injuries are part of the game,” New Orleans Summer League coach Jarron Collins said. “You never want to see anyone get injured out there. We’ll have more information tomorrow (Tuesday) and just go from there.”

Liddell, 21, had six points, four rebounds and two assists before the injury.