Patriots rumors: Julian Edelman might have played his final game with the team 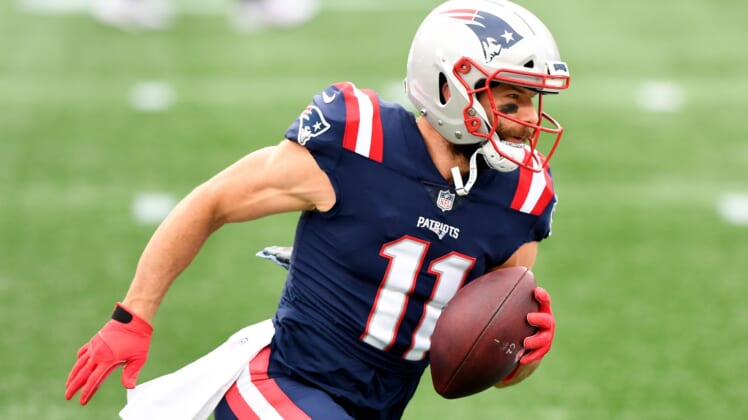 Julian Edelman is the longest-tenured member of the New England Patriots and helped lead the team to three Super Bowl titles during that span. Patriots rumors now suggest that Edelman could have played his final game as a member of the team.

Out since Week 7 with a knee injury, the Patriots opted not to activate Edelman from injured reserve in time for their meaningless game against the Buffalo Bills on Monday evening. His season is over. That could also be the case as it relates to his 12-year tenure with the Patriots.

Patriots rumors: Julian Edelman might have played his final game with the team

“The Patriots are not activating WR Julian Edelman from Injured Reserve today, which is not a surprise,” NFL Media’s Ian Rapoport reported Monday. “And it’s unlikely that he plays next week. Edelman’s season is almost certainly over — and at age 34, his future is uncertain, as well.”

Edelman, 34, caught just 21 passes for 315 yards without a touchdown in six games before doing down to injury. Like last season, he struggled big time with drops.

Moving on from Edelman, as Patriots rumors suggest, would be a bitter pill for the team to swallow. He’s one of the last figures on the roster that defines New England’s two-decade tenure on top of the NFL, joining the recently departed Tom Brady in the process.

A former quarterback at Kent State, Edelman was a seventh-round pick of the Patriots back in 2009. He’s recorded three 1,000-yard seasons and earned the Super Bowl LIII MVP, catching 10 passes for 141 yards in a 13-3 win over the Los Angeles Rams.

Set to count $6.1 million against the cap in 2021, the Patriots would save roughly $4.4 million by releasing Edelman. That seems more likely than not at this point.