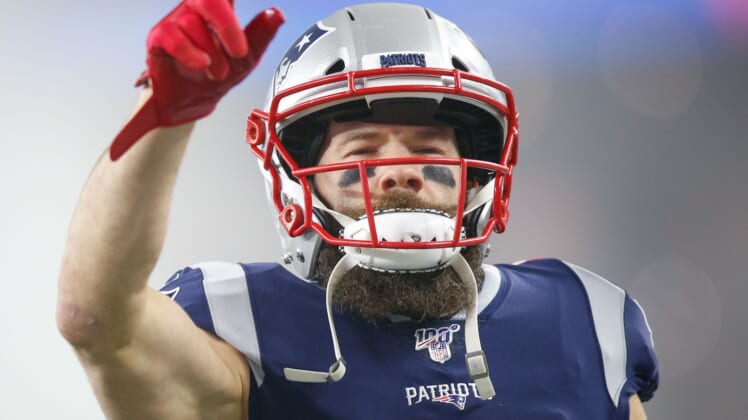 It probably wasn’t the best decision in the world. A career backup, Hoyer threw a first-quarter interception and lost a fumble in the third quarter with the Patriots the driving.

Stidham ultimately replaced Hoyer under center. After throwing a touchdown pass to open up his NFL career, the second-year quarterback was let down big time by veteran wide receiver Julian Edelman.

Check out Edelman drop an easy pass from Stidham about midway through the fourth quarter. It landed right into the hands of Pro Bowl safety Tyrann Mathieu who returned the ball 25 yards for a touchdown.

Edelman, 34, led the NFL in drops last season. This represents his fifth dropped pass already on the young 2020 season. It also gave Kansas City an even larger lead during Monday’s game.

As for the Patriots, they let opportunities fall through the cracks throughout Monday’s game. It really was something to behold`.