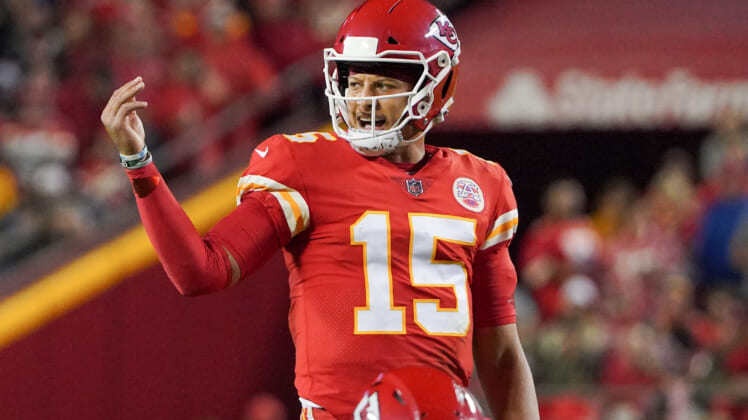 The long weather delay at halftime of their game Sunday night did not help Patrick Mahomes and the Kansas City Chiefs. Down 24-13 after two quarters to the Buffalo Bills at Arrowhead, the hope was that things would turn around.

In shocking fashion, Hill dropped the ball. It went directly into the hands of Bills defensive back Micah Hyde, who returned it 26 yards for a touchdown and an 18-point Bills lead.

Throwing short of the sticks on third down is not something we’ve seen from Patrick Mahomes during his career. With that said, the interception was clearly Hill’s fault.

At 2-2 on the season, the Chiefs could fall two games behind the Los Angeles Chargers in the AFC West with a loss here. That’s certainly not what the two-time defending AFC champions had in mind to start the season.