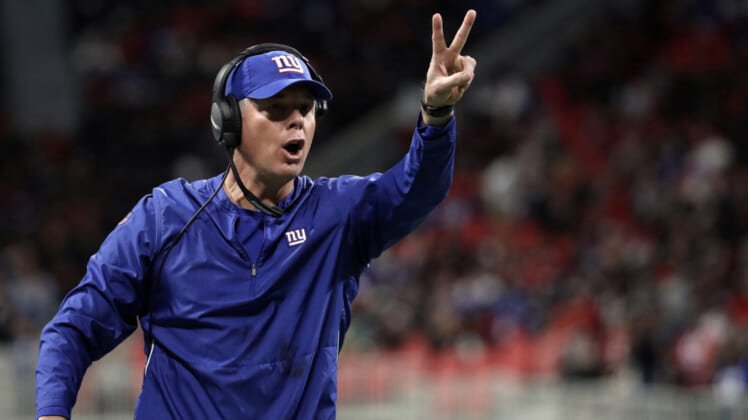 There has been a ton of noise this year from fans and reporters alike as it concerns the New York Giants quarterback situation. Eli Manning has struggled plenty, and many have been calling for Pat Shurmur to see if Kyle Lauletta could potentially spark an offense that’s been stagnant at times.

Well, on Sunday, Lauletta got his chance to play after Manning and Co. built up a 40-0 lead after three quarters of play. He was a miserable wreck, too. The rookie out of Richmond didn’t complete a single pass on five attempts and threw an awful interception.

After the game, head coach Shurmur took the opportunity to make a not-so-subtle point speaking to reporters.

Shurmur: "I fielded enough questions regarding Kyle Lauletta, that those of you that were interested in seeing him, hopefully you got a chance to see what you were looking for." #ouch

That’s a drop-the-mic moment for the rookie head coach. Methinks it’ll be a while before he gets any more questions about Lauletta as a viable alternative to Manning.