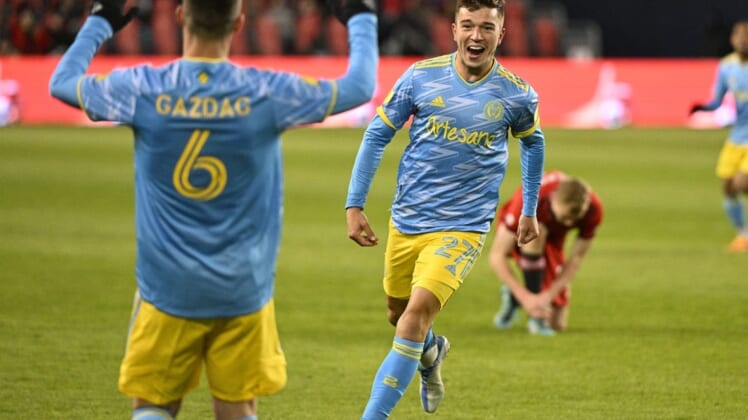 The Philadelphia Union will view a mirror image of their style and tactics on Saturday night when they host FC Cincinnati at Chester, Pa.

Former Union assistant Pat Noonan is in his first season as FC Cincinnati coach and openly admits he is patterning his club after Philadelphia. He spent the past four seasons with the Union and helped the club earn the 2020 Supporters’ Shield for having the best regular-season record.

“There are certainly experiences that I will take from my time working in Philadelphia that I will carry over to here because they work,” Noonan said in a press conference earlier this week. “I think that would be silly to leave that all behind and start anew.”

FC Cincinnati (6-7-1, 19 points) have lost its past two games but have been showing improvement under Noonan. The club has already matched the franchise record for wins in a season and no longer looks like the laughingstock that went 14-59-18 in its first three MLS seasons.

The turnaround isn’t a surprise to Philadelphia coach Jim Curtin, who expected that Noonan would shine as a head coach.

“All played a big role in this club getting that (Supporters’ Shield) and those are memories that we’ll have forever because that is a permanent thing,” Curtin said. “Nonetheless, the friendships will be forgotten for 90 minutes.

“When the 90 minutes start, we are all competitors. They are very organized, they create as many chances as any team in our league and you can see just how hard the players work.”

The Union (6-1-7, 25 points) have a seven-game unbeaten streak but have just one victory during the stretch. Goalkeeper Andre Blake owns an MLS-best 0.71 goals-against average, and the defense has been stingy. Philadelphia has allowed just 10 goals, tied for fewest in the league.

Brandon Vazquez has scored seven goals to pace Cincinnati, while Luciano Acosta has five goals and a team-leading six assists.

The Union won both meetings against Cincinnati last season.