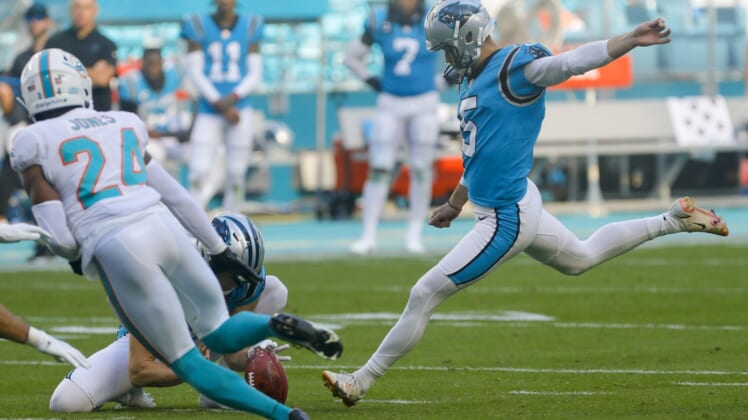 Carolina Panthers kicker Zane Gonzalez will miss the remainder of the regular season after sustaining a pregame injury last Sunday at Buffalo.

Wide receiver Brandon Zylstra handled the kickoff responsibilities in place of Gonzalez, who injured his right quad prior to Carolina’s 31-14 loss to the Bills.

The Panthers signed Lirim Hajrullahu off the practice squad of the Washington Football Team. He is expected to handle the kicking duties for the final three weeks, although Carolina also signed kicker Alex Kessman to the practice squad.

Gonzalez is 91 of 113 on field-goal attempts and 127 of 134 on extra-point tries in 63 career games with the Cleveland Browns, Arizona Cardinals and Panthers.

Hajrullahu, 31, made all five of his extra-point attempts in his lone game this season with the Dallas Cowboys. He played for three Canadian Football League teams from 2014-19.