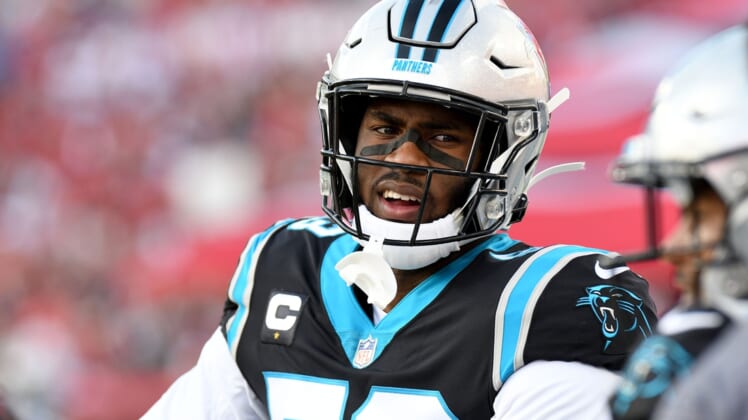 The Carolina Panthers will exercise their fifth-year option on Pro Bowl edge rusher Brian Burns for 2023.

“We will pick up the fifth-year option and we have hopes of extending him after that,” Panthers general manager Scott Fitterer said Tuesday during a draft week press conference.

Fitterer also provided some insight into the team’s draft thinking, saying the Panthers could select a quarterback at the spot or trade out of the pick.

Fitterer said there are a couple of quarterbacks the team would be comfortable taking No. 6 overall. However, he said the team would listen to offers to trade out of the pick, though Fitterer would not want to fall back further than the mid-teens.

The first round is Thursday night.