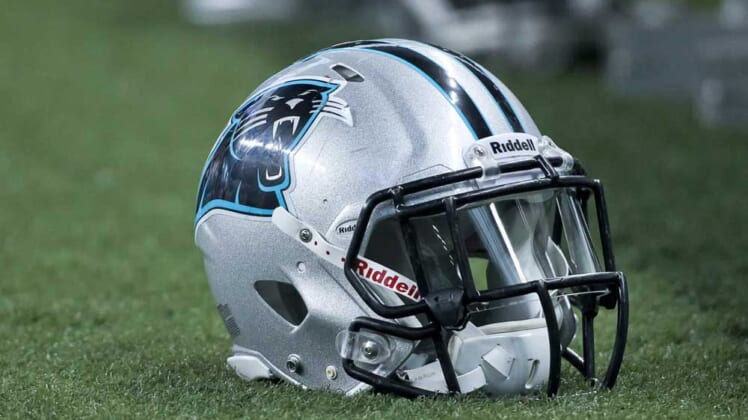 The Carolina Panthers announced Monday that Tina Becker will take over as the Chief Executive Officer of the franchise, displacing owner Jerry Richardson. The founder and owner is being investigated by the NFL for workplace misconduct and announced Sunday that he is going to sell the Panthers after the season concludes.

Becker formerly had the title of executive director, owner’s office, prior to this announcement.

“These have been some of the most difficult days of my 19 years with the Panthers, but I am lifted up by the strong resolve and the commitment our employees have shown to this organization,” Becker said, via the team’s website. “Our team on the field is performing at a very high level, and I believe is bound for the Super Bowl. My immediate focus will be to ensure the corporate side of the organization performs at the same high level, while addressing the real concerns that have been raised in recent days.”

Per the press release, Becker has worked her way up the organizational ladder the past 19 years with the franchise. She’s been in several key roles, “including business operations, ticketing and sponsorship, stadium operations, entertainment and fan engagement.”

Before moving up to the owner’s box, Becker was the team’s director of entertainment from 2012-14. As noted by Charean Williams of Pro Football Talk, this promotion makes Becker one of the highest-ranking female executives in the NFL today.

None of the moves the franchise has made the past two days, however, will stop the NFL from continuing its investigation into the allegations against Richardson.

Asked NFL’s Joe Lockhart if #Panthers owner Jerry Richardson announcing that he intended to sell would change or stop the league’s investigation: “No. We are moving forward with the investigation.”

Several high-profile celebrities have made their interest in owning the Panthers known since Richardson’s announcement, including Sean “Diddy” Combs, Stephen Curry and Colin Kaepernick.