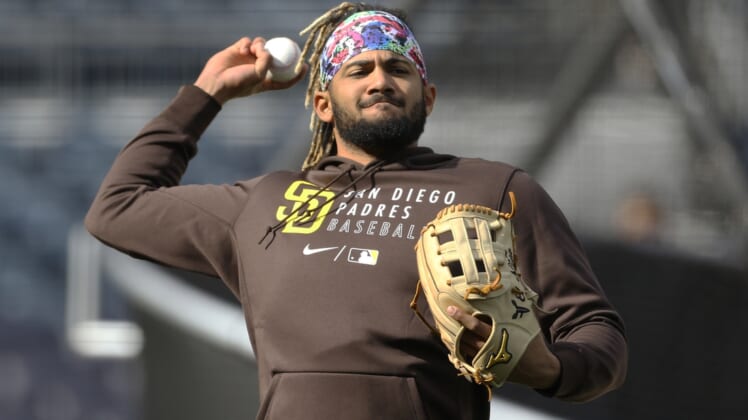 San Diego Padres shortstop Fernando Tatis Jr. is expected to be activated from the injured list in time for his club’s first game this season against the rival Los Angeles Dodgers, according to multiple reports Thursday.

Padres manager Jayce Tingler said Thursday was Tatis’ best day since his injury “as far as his at-bats,” The Athletic reported.

Tatis, 22, dislocated his left shoulder on a strikeout swing on April 5, but he avoided having to undergo surgery.

At the time, general manager A.J. Preller told reporters Tatis sustained slight labral tearing, consistent with a subluxation injury, but said he expected his star to be able to return at the end of the 10-day stint on the IL.

The Padres entered this season with high expectations after a busy offseason that included adding pitchers Yu Darvish, Blake Snell and Joe Musgrove to a team that made the playoffs for the first time in 14 years last season before getting swept by the Dodgers in the National League Division Series.

San Diego beat the Pirates 8-3 on Thursday to split a four-game series in Pittsburgh.