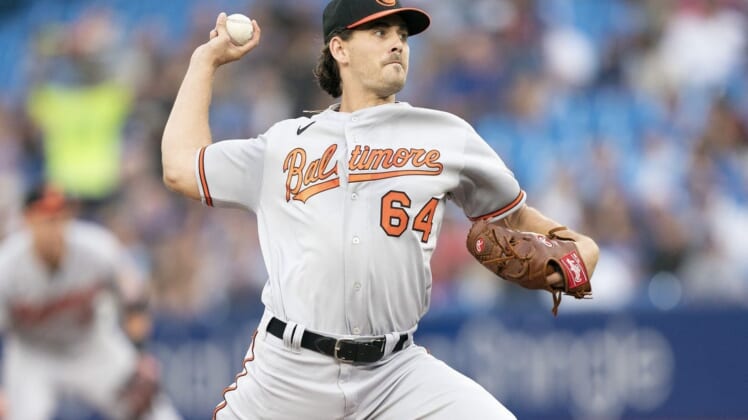 The series finale between the Baltimore Orioles and Boston Red Sox on Sunday night will be meaningful in several ways.

The game will be at Muncy Bank Ballpark at Historic Bowman Field in Williamsport, Pa., and the 2,366-seat venue will serve as the site for the fifth annual Little League Classic.

The opportunity to play in the nationally televised event in such a historic stadium is not lost on players, coaches and even the managers, many of whom grew up dreaming of playing in Williamsport.

“That’s going to be a cool experience,” said Orioles manager Brandon Hyde. “I’ve never been there, but I’ve watched the Little League World Series since I was a kid. I remember that Saturday afternoon, I couldn’t wait to watch growing up, and to be able to go and see what that’s all about, it’s going to be cool for everybody.”

Red Sox outfielder Enrique Hernandez did not play Little League in his home country of Puerto Rico because he said the competition was not strong enough.

But he’s still thrilled to be playing in Williamsport.

“To be there as a big leaguer, in another stage of my life, is like a dream come true,” he said. “I know how much it means for those kids for us to be there, and it’s something that I’m really looking forward to.”

The game also will serve as a chance for the Orioles to showcase a team that has become a contender for an American League wild-card spot after spinning its wheels the first three months of the season.

Baltimore hit five home runs, collected 18 hits and scored 15 runs in a series-opening win over the Red Sox on Friday, but its bats were mostly quiet Saturday in a 4-3 Boston win.

The Orioles plan to send right-hander Dean Kremer to the mound for the series finale on Sunday.

Kremer (5-4, 3.58 ERA) will try to repeat his last performance from Tuesday, when he allowed two runs and seven hits in seven innings of a 4-2 win at the Toronto Blue Jays.

Kremer has made two other starts against the Red Sox in his career and lost those as well, leaving him 0-3 and 9.45 ERA against Boston.

The Red Sox plan to start right-hander Nick Pivetta on Sunday. He’ll look to repeat his most recent performance and also reach double digits in wins in a season for the first time in his six-year MLB career.

Pivetta (9-9, 4.28) blanked the Pittsburgh Pirates on one hit over seven innings in a 5-3 Boston victory on Tuesday, ending a streak of eight consecutive starts without earning a win.

Pivetta faced the Orioles twice in May before they got hot.

He went up against the Orioles again on May 29 and held them to one run and five hits in six innings of a 12-2 win. That victory was part of a string of five straight winning starts.

Pivetta has had success overall against Baltimore in his career, owning a 7-2 mark in 10 starts with a 3.58 ERA.