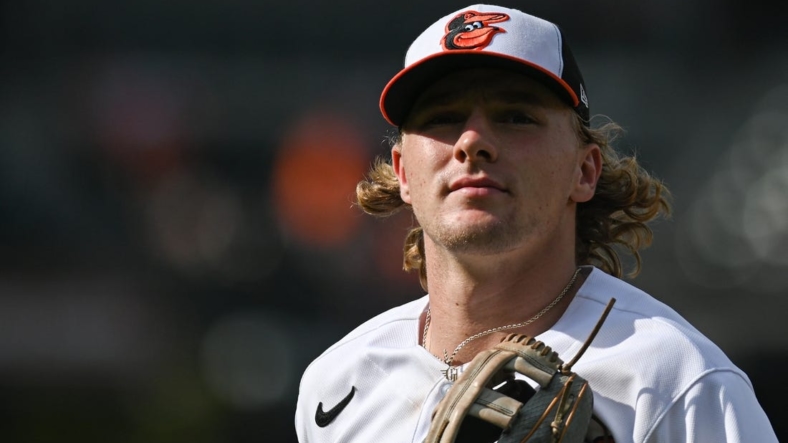 Playoff-level intensity returns to Camden Yards on Monday when the Toronto Blue Jays and host Baltimore Orioles open a four-game series with a doubleheader.

Toronto leads Baltimore by 2 1/2 games for the third and final American League wild-card spot. Meanwhile, Toronto has pulled within six games of the AL East-leading New York Yankees following a three-game sweep of the Pirates.

“We know that every game is going to be like a playoff game and how valuable and important they are going to be,” Blue Jays reliever Anthony Bass said. “The Baltimore series is really going to set the tone for the rest of the way, especially because they’ve been playing so well lately.”

The Orioles have used a second-half surge to put themselves in contention, though they hit a bump on Sunday in a 5-0 loss to the Athletics.

“We’re going to have to let it go right away, get some rest and come back for a long day (Monday),” Orioles manager Brandon Hyde said. “We’re disappointed with (Sunday’s) outcome, but we’re going to have three big days in a row now.

The Orioles lead the season series 6-3 with one game rained out. That will be made up as part of the doubleheader, and the teams have a three-game series remaining in Toronto from Sept. 16-18.

“A lot of our guys have never been in this position in September,” Hyde said. “It’s going to be a lot of fun.”

Gausman, who began his major league career with the Orioles, earned his 10th win in his last start, allowing two runs over six innings against the Chicago Cubs. He didn’t fare as well in his only career start against Baltimore, getting roughed up for seven runs (five earned) on seven hits in 2 1/3 innings on June 16.

Berrios has been inconsistent in his full season for Toronto.

After tossing seven innings of one-run ball against the Tigers on July 31, he gave up 13 runs in 7 2/3 innings in his next two starts versus the Minnesota Twins and Cleveland Guardians. Last time out, he escaped with a no-decision after giving up four runs and a season-high 10 hits in 5 1/3 innings versus the Cubs.

The Orioles have won Lyles’ last three starts. On Wednesday, he tossed 6 2/3 scoreless innings while allowing four hits in a win against the Guardians. Lyles is 3-1 with a 6.67 ERA in six games (five starts) against the Blue Jays.

Baumann, recalled from Triple-A Norfolk, will be making his first major league start.

“The energy in the clubhouse is great, so to be able to part of it for the next couple days is going to be awesome,” Baumann said.