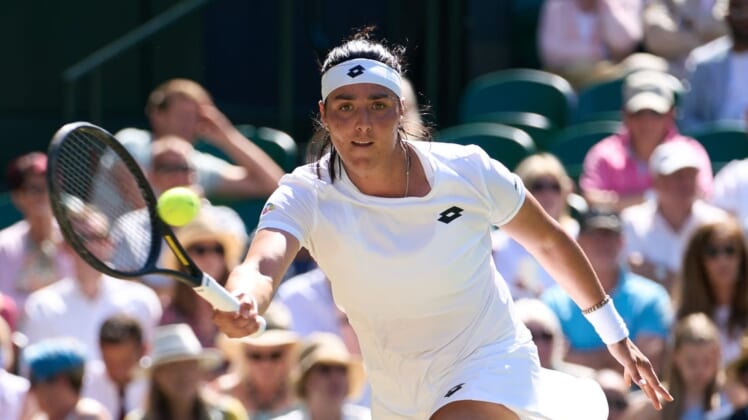 Ons Jabeur will enter her first career Grand Slam final as the heavy favorite to win the women’s Wimbledon title on Saturday.

The third-seeded Tunisian is being offered at -160 by BetMGM and at -165 by DraftKings, where Jabeur had drawn 60 percent of the early bets and 86 percent of the handle to beat Kazakhstan’s Elena Rybakina.

Rybakina is being offered at +135 by both sportsbooks.

Rybakina is coming off her first career match on Centre Court at the All England Club in London, beating No. 16 Simona Halep 6-3, 6-3 in Thursday’s semifinal. That set up a finals date with Jabeur, who needed three sets to get by Germany’s Tatjana Maria 6-2, 3-6, 6-1.

Jabeur leads the series against Rybakina, 2-1, thanks to a pair of victories in 2021. Rybakina won the first career meeting between the two in 2019.

Whoever wins on Saturday will become a first-time major champion.

Jabeur is the first Arab or North African player – male or female – to reach a grand slam final.

“It is a dream coming true from years and years of work and sacrifice. I am really happy it is paying off and I continue for one more match now,” Jabeur said. “I am a proud Tunisian woman standing here today. I try to inspire as much as I can. It is not just Tunisia. I want to see more and more Arab-African players on the tour. I just love the game.”

Meanwhile, Rybakina became the first player from Kazakhstan to reach a Grand Slam final. She is seeking her third career singles title and her first in more than two years.